The homecoming for the Six Nations and Grand Slam champions Ireland has been postponed due to adverse weather conditions.

The Status Orange snow-ice warning has been extended to 6pm for seven counties, including Dublin, and has already put paid to a numerous sporting events throughout the country.

Joe Schmidt’s all-conquering team were due to arrive at the Aviva Stadium today at 4.30pm to parade their silverware, but the homecoming has also fallen foul of the adverse conditions.

Scattered snow showers are forecast to continue during the morning and lead to accumulations in places with some drifting.

"On behalf of the squad, we are incredibly disappointed that we can’t get the opportunity to say thank-you to those people who supported us," Schmidt told RTÉ Radio 1's Marian Finucane Show.

"I think there were about 30,000 tickets downloaded for the homecoming. It is unfortunate that with health and safety and the roads that we have been forced to cancel it.

"We have had unbelievable support and it makes a difference."

Tries from Garry Ringrose, CJ Stander and Jacob Stockdale paved the way for 24-15 victory at Twickenham yesterday as Ireland added to the previous Grand Slam feats of 1948 and 2009. 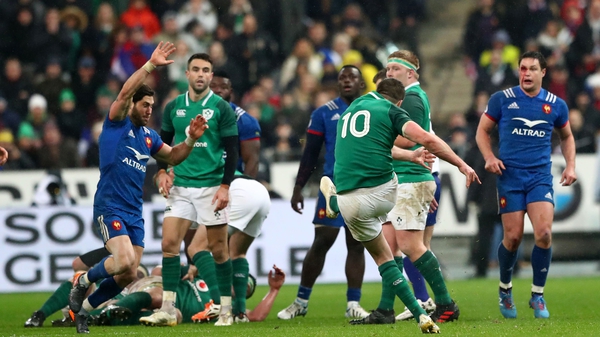 Magic moment in Paris brought about the ultimate reward