Johnny Sexton and Joe Schmidt are looking forward to a shot at the Grand Slam after Ireland wrapped up the #SixNations title today pic.twitter.com/3sq59NXwIf

Johnny Sexton is hoping that Ireland can finish their Six Nations campaign in style after England's defeat in Paris ensured Joe Schmidt's side will reclaim the Championship.

England knew they had to match Ireland’s five match-points gained from victory over Scotland earlier to stay in the race for the NatWest 6 Nations title but their 22-16 loss leaves a nine-point gap ahead of the final round next Saturday.

The championship win is their third victory in five years with Schmidt leading the side to silverware in 2014 and 2015.

Ireland had to deal with a number of injuries and Schmidt told reporters after the France result came through that coping with those setbacks was a feat in itself.

"From a wider squad perspective it is satisfying because Josh van der Flier will be delighted and the players have worked hard to get a medal for Josh, for Robbie Henshaw and Chris Farrell," he said.

"There's a number of guys who won't be playing in Twickenham but are certainly right behind the squad."

The path to this title was not always smooth as Ireland opened their campaign in the most dramatic of fashion with an over-time drop-goal from Johnny Sexton required in France to steal a 15-13 win. 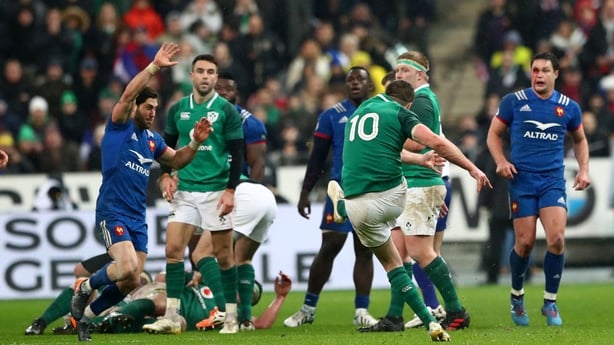 Asked if it seemed like a championship-winning moment, Sexton said: "It is now. Like we said after it was a very special moment for the team.

Italy provided no match in week two as Schmidt’s men ran in eight tries in a 56-19 demolition job.

A two-week break followed but Ireland stayed on track with another nervy win over Wales, a 37-27 victory only sealed by a interception try in the last play of the game.

Earlier at the Aviva, Ireland claimed a 28-8 win over Gregor Townsend’s side, who had beaten France and England in their previous two games.

Sexton added that one of the most pleasing aspects was winning the title after so many changes throughout the campaign, the most recent of which was a new centre partnership in Bundee Aki and Garry Ringrose. 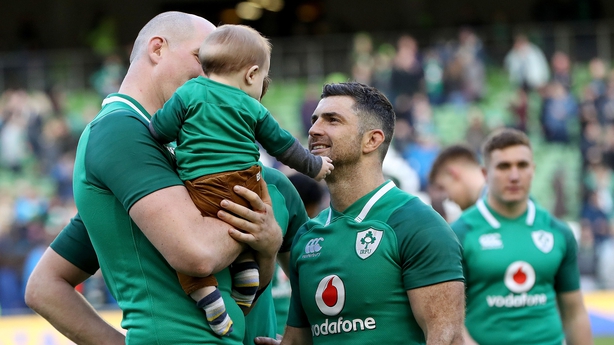 "Credit to the management team who have been able to prepare us with so many changes," he said.

"At the start of the season if you had said, 'you're going to win a championship without Josh, Sean [O'Brien], Jamie Heaslip, Rhys Ruddock, Robbie Henshaw and then to lose Chris Farrell and others [it would have been hard to believe].

"It's great though moving forward to the World Cup and before that as well, the championship next year.

"We've build a bit of depth, that's been done over the last couple of years. It's great that it's so seamless at times. We know that the biggest challenge is ahead."

Talk will now turn to whether or not the team can complete a Grand Slam, a feat achieved only twice, in 1948 and 2009.

Standing in their way are Eddie Jones’ men, who had lost to Scotland in round three, ending their own clean sweep hopes.

The sides also met in the final fixture last season when Ireland denied England their own Grand Slam with a 13-9 win in Dublin. 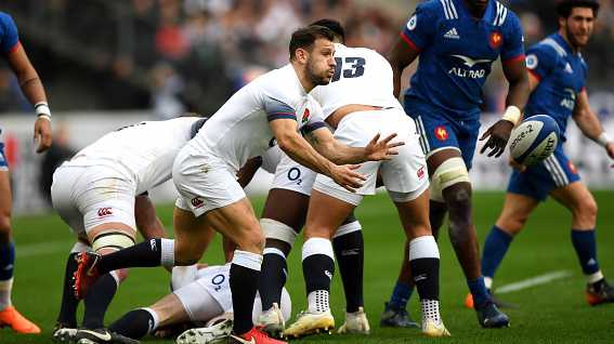 Now it will be England’s turn to take over the Slam-busters mantle after the Red Rose were denied five-in-a-row on final days by Ireland in 2001, 2011 and 2017.

"It's a very strange feeling to win the championship with a game to go, there's still so much to play for.

"We know how difficult it's going to be with England. The shoe is on the other foot now after last year an I'm sure they'll be licking their lips."