The clash of Tipperary and Galway will be live on TG4 on Saturday, while Dublin against Antrim is on GAAGO.ie.

On Sunday Waterford v Limerick is live on TG4, while Kilkenny against Wexford will be shown on the TG4 app. The other two games from Division 1 are love on GAAGO.ie.

Saturday: Sunny spells and scattered showers, mainly affecting the western half of the country. Another relatively cool day with highs of just 10 to 13 degrees Celsius, in mostly moderate westerly breezes.

Sunday: A band of rain will sweep in across the country during the morning, clearing into the Irish Sea into the afternoon. Whilst it will brighten up, it will be scattered heavy showers will follow bringing the risk of spot flooding, lightning and hail. Staying cool with highs of only 10 to 12 degrees Celsius. Breezy at first in fresh southerly winds, veering westerly and moderating.

We head into week three with a couple of counties showing some decent early season form, and a couple of others who might be slightly worried about their results. Granted, the league is the league, and the championship is the champions, and all that.

At the same time though, with all counties fighting for the Liam MacCarthy set to play their championship opener by 4 July at the latest, managers will want their players to begin to show some form.

Of course by the time the championship comes around no one will be bothered watching, if we're to believe some of the doomsday discourse around the new rules that have been brought in since this start of this Allianz League campaign. Limerick manager John Kiely even suggested that some of the changes are allowing diving to creep into our games.

Our very own Conor Neville has taken a wry look at some of the discussions that have been taking place this month and he suggests that perhaps we've been here before. You can read that piece here.

Jackie Tyrrell is worried about a glut of 'cotton wool frees' in hurling #RTEGAA #RTESport pic.twitter.com/v6hstKJ588

A battle of two unbeaten sides will kick off the weekend.

Between them Galway and Limerick have won three of the last four All-Ireland titles, and John Mullane reckons the pair will be the teams to beat in 2021.

Speaking on RTÉ's Sunday Sport last weekend the former Waterford hurler went as far as to say that Galway are the only team that can stop the Treaty men defending their title.

"Galway have the ammunition to take on Limerick and take them down," he said on the programme. Two games, two wins, and a scoring difference of plus 36 - it's hard to argue with that.

Joe Canning saw game time, and scored two points in the game at Salthill, in another bonus for manager Shane O'Neill.

But then the other county to win an All-Ireland in the last four years is Tipperary, and it was more recently than the Tribesman at that.

They've drawn their opening two games - against Limerick and Cork - and will feel they owe one to the team who knocked them out at the All-Ireland quarter-final stage last season.

It's a game with promise.

Sunday's other contests in this division will see an unbeaten Cork side take on Westmeath. The Lake County responded well to that 30-point drubbing on the opening day by going very close against Waterford last Sunday.

Donál Óg Cusack recently told RTÉ's Allianz League Sunday that the Rebels can beat anyone on their day, and with a date to come against All-Ireland champions Limerick in the Munster SHC in six weeks' time, they will need to find all the form they can muster in their remaining games in this competition, as well as the challenge games they're playing.

For Shane O'Brien it would be a massive shock if they were to avoid ending up on the relegation play-off in August. For him, this year is all about finally bringing the county to the promised land of Joe McDonagh Cup glory, and the qualification it would afford them for a crack at Leinster in 2022.

The second game on Sunday is a repeat of last year's All-Ireland final. Limerick, having won all 13 of their games last season, are yet to pick up full points time around.

The Déise are out against Clare in the Munster quarter-final in five weeks time, so, having picked up the win that should see them out of relegation play-off territory, Liam Cahill will be gearing everything towards that. 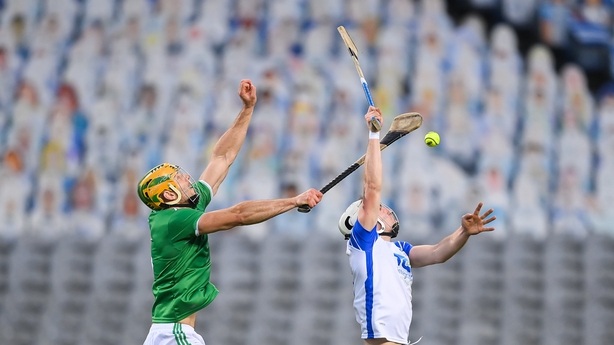 This division has three fairly intriguing games to look forward to.

Starting on Saturday, Dublin, who would often unwillingly have been adorned with the crown of the best of the rest in hurling in the last decade, will take on an improving Antrim side.

The Dubs have been hard to read since they followed up a championship victory over Galway with a defeat against Laois the next day out in 2019.

They've started the new year in a similar vein, losing to the Cats before beating the O'Moore men.

Antrim, despite suggestions in some quarters that they wouldn't be able for life at the top table, started their campaign by beating Clare at Corrigan Park. They lost out to Kilkenny in Nowlan Park last Sunday by seven points but left at least two goals behind them in the Marble City.

They'll head to Parnell Park without any fear. The only caveat in this game is that the sides will meet in the Leinster quarter-final on 26 June, so Mattie Kenny and Darren Gleeson will have to decide how much of their hand they want to show at this stage.

The win for Saffrons the first day makes Clare's clash with Laois on Sunday all important. The beaten side here, if there is to be one, will be the favourite to contest the relegation play-off later in the summer.

The Banner, it must be said, were on top for large parts against Wexford before the sending off of Liam Corry. That seemed to rattle them, and all of a sudden they were beaten having led from the second minute until the 67th.

There is an air of frustration around hurling in Clare at the moment and defeat this weekend would be a huge result. 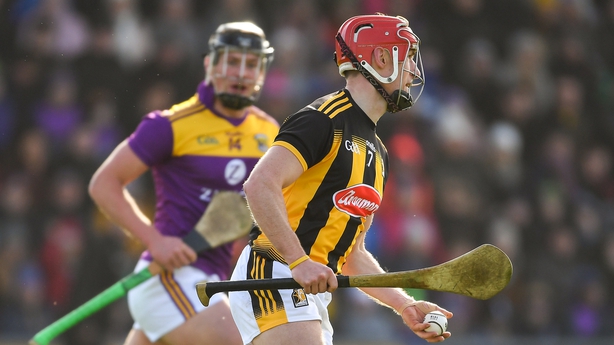 The last game in the division on Sunday should have a little bit of edge to it. For a decade or more Wexford versus Kilkenny in hurling was where Meath versus Dublin in football is now - that is to say a non-event, despite all the attempts to build up meetings between the pair.

But that has changed since the arrival of Davy Fitzgerald. The Yellowbellies have only lost once to the Cats in championship (in a game they led by eight points). They've beaten them twice in the heat of summer, including the 2019 Leinster SHC final, and clashes between these two counties have generally been good games to watch since 2017.

While it remains to be seen what impact two positive Covid-19 cases in the Wexford panel will make to the available players on Sunday, and the fact that the pair are likely to meet in a Leinster semi in six weeks, this should still be a feisty one.

Two games in and Offaly are the pacesetters in 2A. Two big wins and they are the early favourites to finish top and be crowned champions.

There's a lot of hurling still to be played in the remaining three weekends but a victory for the Faithful over Carlow on Sunday would leave them in a very strong position, with games against Down and Wicklow to come.

Some would suggest that Carlow's rising has been quelled at this stage, but a victory at Newtwatch Cullen Park would throw them right back into the mix for promotion.

At other end Wicklow are the only side yet to pick up a point. They'll feel that the visit of Down to Aughrim on Sunday should present them with that opportunity.

While Kerry and Meath are set to lock horns in Tralee. The Kingdom would have been disappointed by the nature of their loss to Offaly last time out and their outside hopes of promotion depend upon them getting back to winning ways on Sunday.

Mayo take their 100% record to Letterkenny in this division, while Kildare can make it two out of two with a win in Derry.

Sligo will open their account when they welcome Armagh to Markievicz Park on Saturday, while at the same time it's Longford and Tyrone at Pearse Park.

Fermanagh welcome the only county who didn't pick up a point the first day - Leitrim - to Brewster Park while Louth can claim their second win on the bounce when they entertain Cavan at Darver.