TV
Both finals live on RTÉ2 and RTÉ Player from 4.45pm.

Highlights on The Sunday Game on RTÉ2 and RTÉ Player from 9.30pm.

Viewers outside Ireland can watch the games on GAAGO.

ONLINE
Live blogs on RTÉ.ie and the RTÉ News app, with video highlights on social media.

WEATHER
Dry and very warm with long spells of sunshine and light breezes. Daytime temperatures 23 to 27 degrees, although it will be cooler along the coast as sea breezes develop. More at met.ie

The biggest crowd at an Irish sporting event since February 2020 is anticipated at Croke Park on Saturday.

The headline act for 18,000 fans is an intriguing Leinster hurling decider between perennial contenders Kilkenny and a resurgent Dublin.

At least we think they are resurgent. Mattie Kenny's men recorded the first big shock of the hurling summer a fortnight ago when they deservedly beat his native Galway, who were widely expected to be Limerick's biggest challengers this summer.

But then Dublin also beat Galway in Kenny's first year in charge in 2019, only to follow that up with defeat to Laois in the quarter-finals.

The Dubs have named Eoghan O'Donnell to start at full-back in an unchanged team but whether he has in fact recovered from a hamstring injury could have a big bearing on the result.

There's a big weekend of hurling action in store and former Dublin star Ryan O'Dwyer is on hand to preview the action in Leinster and Munster. #rtegaa pic.twitter.com/DGmL2crXEv

Kilkenny have had some uncharacteristic performances in recent seasons, losing big leads against both the Dubs and Waterford last year, but were hugely impressive in getting the better of Wexford in an extra-time epic last day out.

Eoin Cody's contribution of 1-05 from corner-forward was particularly welcome for a team that have looked over-reliant on TJ Reid for scores.

It is Dublin's first appearance in the provincial final since 2014 when they were defending champions but lost by double scores to Kilkenny.

The Cats have been in all but one (2017) of the seven subsequent Leinster finals, winning three.

Since Dublin's semi-final replay victory in their landmark campaign in 2013, Kilkenny have beaten them five times in a row in championship but there was just one point in it in 2020.

So do the Dubs have a chance? Brendan Cummins thinks they do, if they can stop Kilkenny getting early goals.

"The way Dublin set up is really good," says the two-time All-Ireland winner. "You have Liam Rushe and Conor Burke there around the 65, alternating with one sitting back and the other trying to work at the 6 position.

"If you have Chris Crummey and Danny Sutcliffe in your half-forward line, more often than not when the ball lands on top of those two big fellas, it sticks. And in Cian Boland and (Cian) O'Sullivan they have a lot of pace around Ronan Hayes.

"So they have a lot of things going for them. The question for me is when that big bomb drops down on the top of edge of the square and Eoghan O’Donnell isn’t there, what’s going to happen?

"My fear is, if Kilkenny get a couple of goals and get five or six points up, they have an unbelievable way of managing a match, like Limerick couldn’t cope with in 2019. So if they couldn’t do it, Dublin would certainly struggle.

"Dublin need to keep within a couple of points and get it down the home straight.

"They seem to have a confidence that nobody else has about them. Sometimes the last thing you say to your players is 'Everyone thinks you’re going to get hammered, go out and prove them wrong."

First up at Croke Park is the Joe McDonagh Cup decider between Westmeath and Kerry.

Somebody will be atoning for recent heartbreak as these two lost the first three McDonagh finals between them - Westmeath to Carlow in 2018 and Laois in 2019, Kerry to Antrim last year.

As in 2020, only promotion to the top tier is at stake, there will no be entry to this year's Liam MacCarthy Cup.

Whoever is promoted will replace Antrim in the Leinster round-robin next year, the Munster SHC teams all presumably being considered far too important to face relegation. Though Kerry might well prefer that option than having to win a play-off.

Westmeath reached the final with narrow wins over Carlow and Kildare. Kerry scraped in on goals scored, having beaten Down but suffering a shock loss to Meath last weekend.

In the end, a 76th-minute free from Padraig Boyle ensured they only lost by four points and progressed at Down’s expense.

The Lake County also have the advantage of having played Division 1 hurling this year, albeit that meant heavy beatings at the hands of all their opponents except Waterford (a 1-22 to 1-19 loss).

Kerry finished mid-table in Division 2A after three wins and two defeats but they will look to last October’s 11-point championship win over Westmeath as a more telling indicator of form.

Both sides look set to be missing players: Westmeath’s Aonghus Clarke sat out the victory over Kildare while Kerry’s Brendan O’Leary broke his collarbone against Meath and his team-mates Barry O’Mahony (hamstring) and Daniel Collins (ankle) are concerns.

Earlier in the day, Kildare and Meath battle it out to avoid relegation to the Christy Ring Cup. The Lilywhites lost to Carlow (after extra-time) and Westmeath in the group stages while Meath were beaten by Down before recording that surprise win over Kerry. 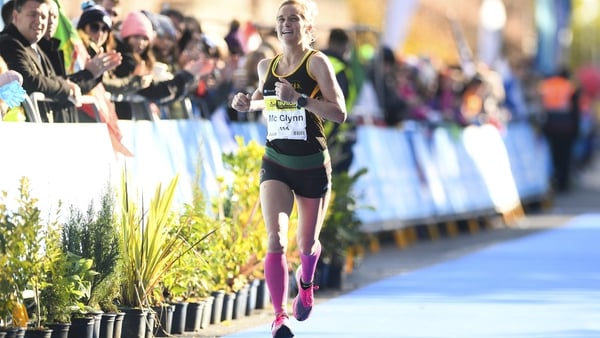