Former Offaly star Michael Duignan has tipped Clare and Cork to advance to the All-Ireland quarter-finals from Saturday's qualifier double-header at Semple Stadium.

The Rebels meet Wexford at 5pm followed by a Munster derby at 7.

League champions Clare were disappointing in their Munster defeat to Waterford but fired an eye-opening 5-32 past Laois last weekend.

Limerick rarely looked like beating Tipperary, despite having an extra man for almost an hour after John 'Bubbles' O'Dwyer's sending-off.

They weathered an early storm to beat Westmeath 1-24 to 0-18, however, and Duignan is expecting a full-blooded encounter between the neighbours. Clare were four-point winners when they met in Division 1B of the Allianz Hurling League.

"Clare and Limerick is one of the great derby games," said the RTÉ hurling analyst . "Form and everything else goes out the window when they play.

"Since Kilkenny beat them (in the All-Ireland semi-final) in 2014, Limerick are struggling to regain that form.

"Clare's Championship form hasn't been brilliant since they won the All-Ireland (in 2013) but they had a very good win against Laois the last day.

"It's very hard to separate them but Clare have a few key men coming back from injury like David McInerney and are picking from their strongest squad of the year.

"It wouldn't surprise me whichever way the result goes but if I had to pick somebody I'd opt for a Clare win." 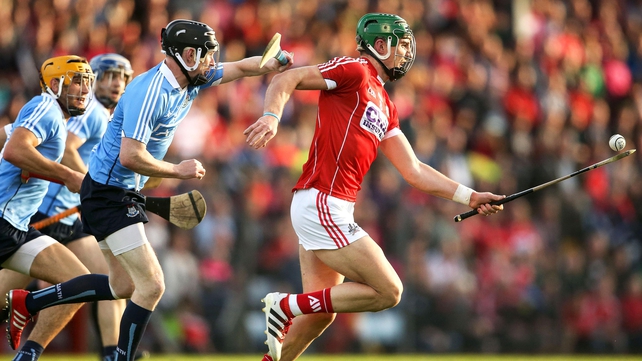 Cork rebounded from a nine-point defeat to Tipp in Munster by knocking out Dublin last week while the Model men were comfortable 1-21 to 1-13 victors over Offaly.

Duignan believes that Cork's restored confidence and their respective results against the Dubs (Wexford lost by 13 points) points to a win for Kieran Kingston's side.

"If you look at Dublin v Wexford as a guide, Dublin beat Wexford well in Croke Park and then Cork beat Dublin last Sunday," he said.

"I know it's not as simple as that but I think Cork got a great boost out of last weekend.

"It was a good win. They led well on a couple of occasions and Dublin came back at them but they showed a good bit of steel in the end.

"Their full-forward line in particular: Alan Cadogan was outstanding, Pat Horgan looked back to form and Conor Lehane got a couple of great points late on in the game.

"Wexford had a good win against Offaly but Offaly played very poorly and I think Cork's form is stronger. Wexford always have a big game in them but Cork love playing in Thurles and they should do it."

Listen to live commentary of Clare v Limerick on Saturday Sport on RTÉ Radio 1 and follow our live blog on RTÉ.ie from 3pm. Highlights of all the weekend's action on the Sunday Game on RTÉ One and RTÉ Player from 10.05pm.