Watty Graham's GAC will lodge an objection to the Central Competition Controls Committee (CCCC) in relation to the outcome of last Sunday's All-Ireland club final.

The fallout from Kilmacud Crokes having 16 active players on the pitch in the dying moments of last Sunday's decider continues, with the Derry club deciding to appeal after a lengthy meeting tonight.

It emerged after Kilmacud's two-point victory that the Dublin side had had an extra man for the closing seconds, after Dara Mullin stayed on the pitch despite his number being called for substitution.

"Watty Graham's GAC will lodge an objection to the CCCC in relation to the outcome of last Sunday’s All-Ireland club final," a club spokesperson outlined.

Having 16 players on the field is a breach of Rule 6.44, the penalties for which include the awarding of the game to the opposing team, for the game to be replayed, or a fine.

Glen, who had until 3.30pm on Wednesday to lodge an appeal, said earlier this week that they were "extremely disappointed" that the GAA would not review the potential rules breach without the club first submitting an official objection.

However, a review of potential infractions of the rule in question can be instigated by appeal or an "inquiry by the committee in charge", so the Central Competition Controls Committee (CCCC) could have chosen to investigate without a request from Glen.

Glen manager Malachy O'Rourke insisted that his side will "accept we got beat on the day" shortly after the final whistle, but the mood in the camp subsequently changed, with the club then seeking clarification from the GAA on the matter.

Former GAA president Sean Kelly said inaction by the association over the rules breach could have a significant impact down the line.

"The legacy would be that teams could possibly have 16 or 17 players on the field for much longer and will be able to point that nothing happened in the past, why should it happen now?" he told RTÉ Sport.

"There's enough leeway there for the GAA to look at this, to take a sensible approach." 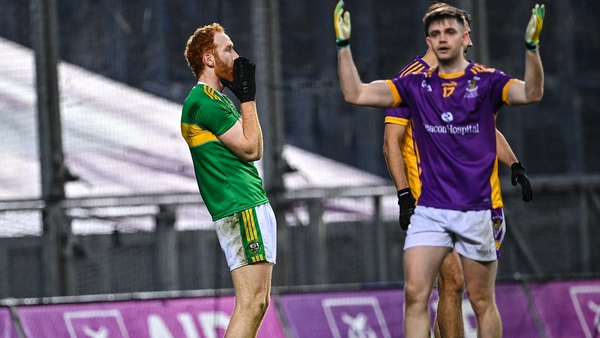