Galway football star Shane Walsh fully intends to return to his local club home club Kilkerrin/Clonberne to finish out his career - but is hoping to play with Kilmacud Crokes for the foreseeable future.

The classy forward - who lit up the recent All-Ireland football final - today confirmed his request to join Dublin GAA Club Kilmacud Crokes in a personal statement.

The 29-year-old who played for Kilkerrin/Clonberne up to the end of last season is hoping to play in this year's Dublin Senior Football Championship which gets underway shortly.

The news comes just a week after Walsh produced in many eyes a 'man of the match’ performance in Galway’s defeat to Kerry in this year’s decider.

"I’m living and studying in Dublin now so it’s the right move for me at this point in my career. Kilmacud Crokes are a great club and it would be a wonderful challenge," he said.

Walsh, who worked in banking before returning to college last year, is studying Physical Education at Portobello Institute and has been travelling up and down all year for training with Galway.

"Thanks to John (Divilly) I’ve got a lift from him to training from Dublin a number of times throughout the season but travel certainly takes its toll on the body. I love football and want to keep playing for as long as I can," said Walsh.

Last week Kilkerrin/Clonberne chairman Ian Hynes confirmed that Walsh had sought a transfer and said the club was "absolutely devastated."

Officials there tried to persuade him to stay and confirmed they would fight the proposed move. 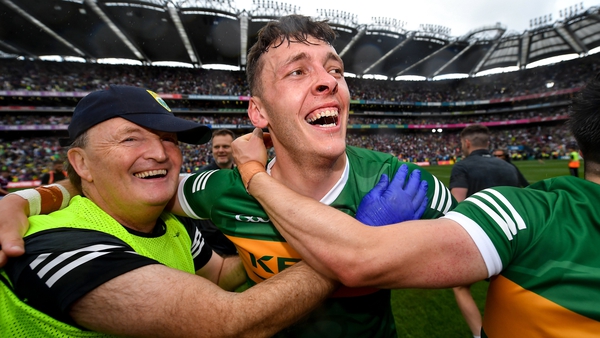 All-Ireland final ratings: Clifford and Walsh on another planet at times