While Damien Comer was named player of the match in Galway's win over Derry in the All-Ireland SFC semi-final, Michael Murphy singled out Shane Walsh's free-taking prowess as a key factor in the Tribes reaching the decider.

Walsh converted four placed balls, including a '45 that Hawk-Eye had incorrectly adjudged to have gone wide.

Speaking on The Sunday Game, Murphy was full of praise for the Kilkerrin-Clonberne clubman.

"He's an unbelievably talented fella, left foot, right foot, and has pace to burn," he said.

"He really came to the fore when Galway needed him. At four to two just before half time, the game was on Derry's terms, but Galway went in at half time four each. More importantly then in the second half they tagged on 1-04 and first time this year Derry were behind.

"He was an instrumental part in that, kicking that controversial '45 just before the break and then putting over three left-footed frees.

"He hit them over with aplomb. A huge performance, free-taking wise from him."

The Donegal star believes there is more in Walsh's locker, when adding: "From general play, he's going to have to add on a bit more. They'll be nobody hungrier to represent Galway in the All-Ireland final." 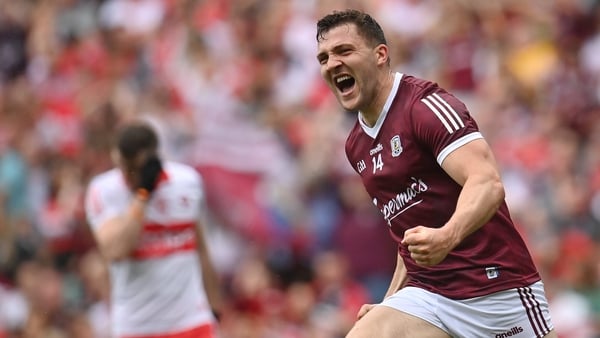