Kilkerrin/Clonberne intend to object should any official transfer request be made by Galway senior footballer Shane Walsh.

The 29-year-old, who played a key role for Galway as they finished runners-up in the All-Ireland Football final against Kerry last week, has informed Kilkerrin/Clonberne manager Aidan Potter and the club officer that he wished to transfer to Kilmacud Crokes in Dublin.

It comes as the club from north-east Galway prepare for the start of their Galway Intermediate Championship campaign against Headford on Friday, 12 August at Tuam Stadium.

Players who have not played a competitive game for their own club after 1 January can apply for an Inter-County Transfer Request but this cannot be granted unless the player is in permanent residence in their new county.

A transfer will be granted if there is no objection from the club or county that the player is leaving within 10 days of the forwarding of the application to the club and county by the Central Council or Provincial Council as appropriate.

While a transfer request has yet to be registered by Walsh, Kilkerrin/Clonberne chairman Ian Hynes confirmed to RTÉ Sport that the club would be objecting if it was officially applied for.

He cited Walsh's importance locally both as an outstanding talent as well as footballer that the next generation could aspire to be.

Hynes emphasized they only had 70 adult members and about 600 houses in the parish.

He also stated that they were speaking out for the small rural club and parish who are losing out to the big city clubs and that Walsh's loss to Kilkerrin/Clonberne would be devastating and heartbreaking for everyone involved in that part of north Galway.

When contacted by RTÉ Sport, the officers of the Galway County Board said they were aware of the speculation regarding Walsh but had received no official notification of a transfer request. 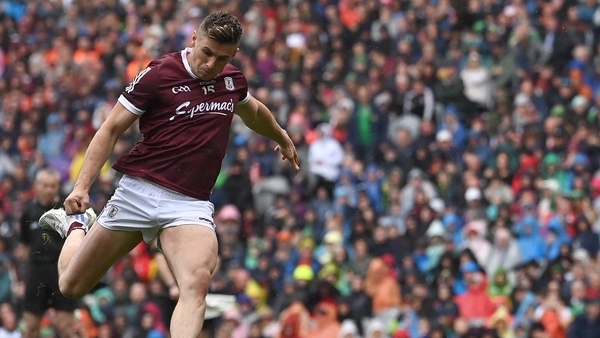