Martin O'Neill believes that both Robbie Keane and James McCarthy will be fit to play a part at Euro 2016 campaign, and that their contributions to Ireland's qualification earned them the benefit of the doubt when it came to naming his final squad this evening.

Record Irish goalscorer Keane is recovering from a calf problem suffered in training over the weekend, while Everton midfielder McCarthy has been out of action with a thigh injury.

"Robbie is a quick healer, he's the captain of the side and he believes that he will be fit, if not for the first game, for the matches after that," O'Neill told RTÉ Sport following the announcement at Turner's Cross.

"No-one can be absolutely certain of that.

"James made good improvement today and that's encouraging. For the parts that they have played in qualification then it's only right that they be in the squad."

While Keane and McCarthy will be given the time to recover, Bournemouth's Harry Arter was left on the outside looking in as he returned home for treatment on his thigh injury.

O'Neill sympathised with the midfielder, who impressed in Friday's 1-1 draw with Holland, but conceded he was not in a position to carry too many injuries into the tournament.

He said: "There's a stage where you have to say listen here, I want to make sure some players are fit, and Harry was very much in our thoughts."

However, O'Neill seemed to leave the door open to a potential call-up for Arter should any current member of the squad be unable to feature in France.

"You never know, if players don't come through, there's a possibility of things happening later on," he added. 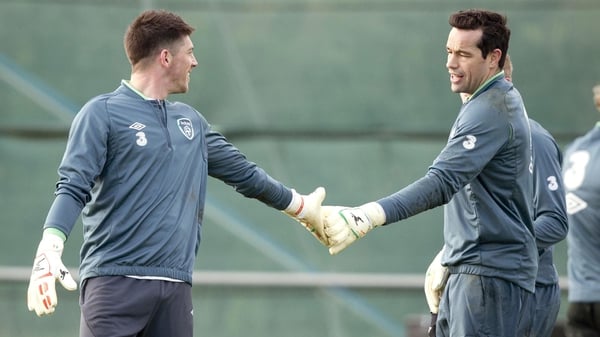 Robbie Keane and Keiren Westwood in Ireland squad for Euro 2016