Skipper Robbie Keane has been named in the Republic of Ireland squad for Euro 2016 after a calf strain picked up over the weekend threatened to rule him out of the tournament.

Keiren Westwood, Aiden McGeady, David Meyler and Stephen Quinn are also included as manager Martin O'Neill made the final calls on his 23-man group following this evening's 2-1 defeat to Belarus in Turner's Cross.

The manager met with his backroom team immediately after the game before informing the players of his selection.

The tough calls were always going to be limited to the few final places in the squad which will travel to their tournament base in Versailles.

Harry Arter misses out after suffering a thigh injury in training yesterday, while goalkeeper David Forde can count himself unlucky to lose out to Westwood after being in the squad throughout the qualification campaign.

The manager showed his loyalty to Aiden McGeady, who is struggling for game-time at club level, while Everton midfielder James McCarthy also makes the cut as he recovers from his thigh problem.

The other players to miss out are David McGoldrick, Darron Gibson and Eunan O'Kane, all of whom featured against Belarus.

Young Oxford winger Callum O'Dowda came off the bench in Cork to make his debut but that was always likely to be with an eye on the future.

The Republic of Ireland squad for #EURO2016 has been announced! #COYBIG pic.twitter.com/4WwmTRLOOF 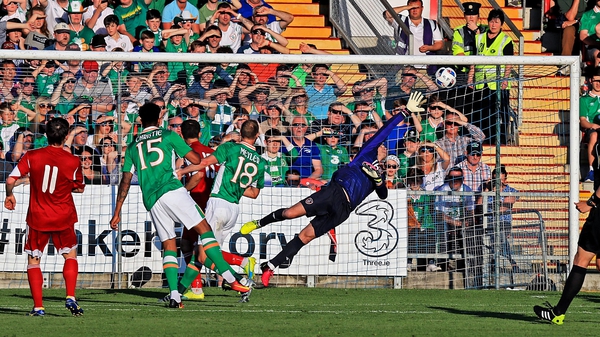