Harry Arter's Euro 2016 dream looks to be over after the Bournemouth midfielder left the Republic of Ireland squad this evening to return home.

Arter picked up a thigh injury during training in Cork yesterday and with manager Martin O'Neill set to name his final 23-man squad following tonight's game against Belarus, the news of Arter's departure likely heralds his omission from the panel.

Arter's misfortune will come as a blow not only to the player, but to O'Neill too after he impressed in Friday night's 1-1 friendly draw with Holland.

However, O'Neill subsequently cast doubt on whether Arter was completely ruled out of the tournament.

Martin O'Neill: Harry Arter went back to get information on the injury. I'll be speaking to him later on. #COYBIG #EURO2016

Robbie Keane remains a doubt having suffered a calf strain over the weekend, but with O'Neill able to replace injured members of his party in the run-up to the tournament, the skipper could be given extra time to test his fitness ahead of Ireland's opening fixture against Sweden on 13 June.

O'Neill's team to face Belarus includes plenty of players almost certain to make the trip to Ireland's pre-tournament base in Versailles, but Darron Gibson and David Meyler are both named in midfield with the carrot of perhaps claiming Arter's place in the 23.

You can follow all tonight's action from Turner's Cross, and the Ireland squad announcement, on our live blog. 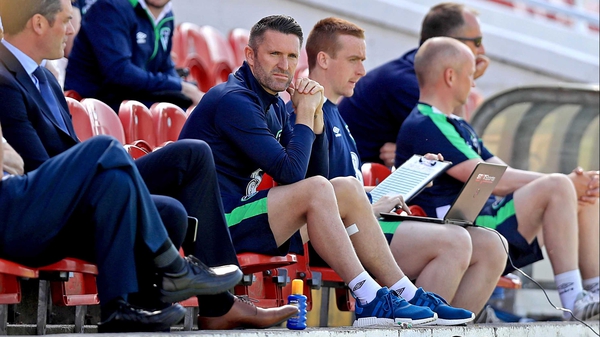