In using his fortune to grab hold of such an important platform, experts say, he has even inserted himself squarely in today's global political conversation.

"He is not just expressing views on an instrument of communication, he now owns it and sets the policy of how that instrument will be used," Jeffrey Winters, a specialist in elites and oligarchs at Northwestern University in Illinois, said. 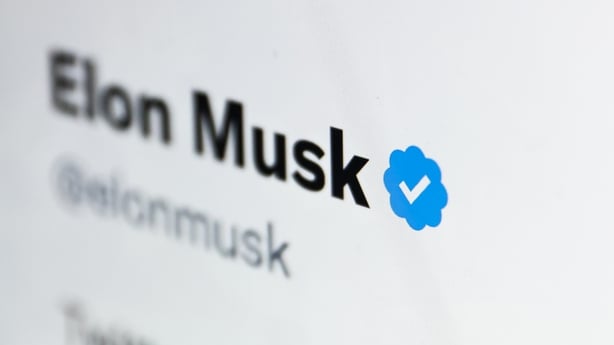 The question now is what he will do with that power, starting with the topic on everyone's mind: Whether or not Mr Musk will allow former US president Donald Trump to return to the site.

Without anyone to answer to, Mr Musk "is going to change the constellation of political voices that are going to be expressed through Twitter," Mr Winters said.

According to the professor, Mr Musk represents a typical oligarch - a person whose fortune lends them social and political power not available to an average citizen - though the billionaire does not have any governments or militaries under his control.

In the business world, his bona fides as an innovator are well-established.

"He goes into directions that people just never go in, and he creates brand new products that proved to be highly effective and successful," said Nicholas Colas, co-founder of DataTrek Research.

Mr Musk did not invent the electric car, but with Tesla, "he showed it was possible in a big scalable way," Mr Colas explained.

With SpaceX, Mr Musk introduced internet satellites and reusable rockets, technologies that were "something that's been promised but never really delivered until he came along," Mr Colas added.

For Mr Colas, Mr Musk can in some ways be compared with inventors as prolific as Thomas Edison or iconic Apple founder Steve Jobs.

When Mr Musk took to Twitter to propose a peace deal between Kyiv and Moscow, he probably viewed himself "as just giving his opinion like anyone else," - Professor Jeffrey Winters, Northwestern University

He has proven at least that he knows how to make money: Tesla is by far the highest-valued car company on the stock market and SpaceX is worth more than $125 billion.

So, when the richest man in the world gives his two cents on a business matter, such as his opinion on a company or on cryptocurrency, like an oracle - his fans listen. 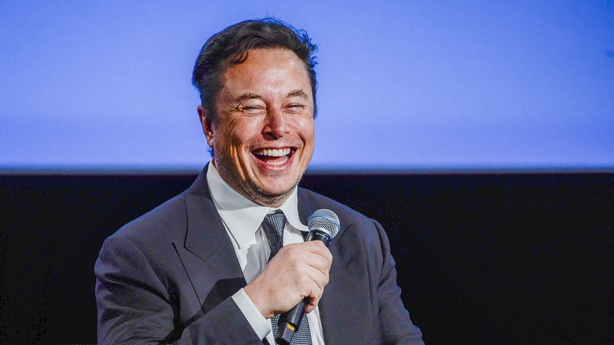 He can shake up the markets with just a few words.

In 2021, when Mr Musk edited his Twitter bio to simply say "#bitcoin," the price of the virtual currency temporarily soared 20%.

He could have stuck to his role as a businessman and adopted a low profile. According to Mr Winters, that's what most rich people do, fearing hostile reactions to their wealth.

But "Elon Musk is unafraid to be very rich and very visible," Mr Winters said.

RTÉ Brainstorm: The utter hell of working for a visionary like Elon Musk
Q&A: How is Elon Musk changing Twitter?

"The creation of Tesla as an iconic brand brought him to people's attention and great wealth," said Arizona State University communication and marketing specialist Mark Hass.

"Then he just was willing to put himself out there continually on social media on issues that other CEOs would never publicly engage (with) the way he did," he added.

In controlling Twitter, Mr Musk has a more direct line to the public than ever before, and "I don't know where his red line is," - Arizona State University communication and marketing specialist Mark Hass

When Mr Musk took to Twitter to propose a peace deal between Kyiv and Moscow, he probably viewed himself "as just giving his opinion like anyone else," Mr Winters said.

"When you control the satellites that are important for Ukrainians' ability to communicate, your opinion has massive ripple effects," he explained. 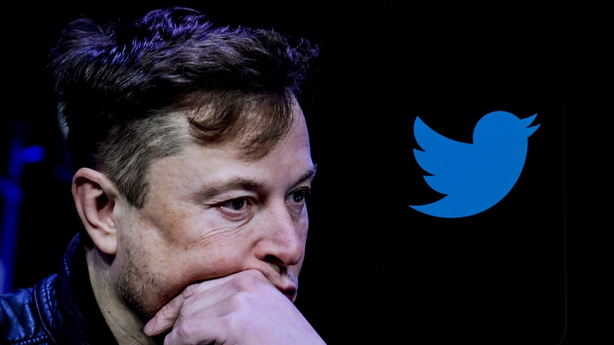 But in Washington, Mr Musk still has less influence than other financial heavy-hitters such as JP Morgan's Jamie Dimon or Goldman Sachs' David Solomon, who "control the banking system," Mr Colas said.

In buying Twitter - largely with his own money, but also with significant backing from investors who expect a return on their own risk - Mr Musk has taken on a huge potential liability.

"He can't just flip a switch and make an anarchy there (at Twitter), because every big advertiser will back away," Mr Colas cautioned.

"He likes to push things to the edge," Mr Hass said. And so far, "he's never self-destructed."

But in controlling Twitter, Mr Musk has a more direct line to the public than ever before, and "I don't know where his red line is," Mr Hass added.