The Minister for Foreign Affairs has said Ireland wants to be involved in an EU training mission for the Ukrainian military, following outline agreement yesterday among defence ministers in Prague.

Speaking in the Czech capital, Simon Coveney said: "Hopefully by the end of next month, we'll be in a position to formalize the structure of what that might look like.

"Ireland is supportive of that and wants to be involved."

However, until now the EU has preferred to provide financial support and weapons for Ukraine.

It is understood any training mission for the Ukrainian military would happen outside the country, most likely in the Baltic States or Poland.

He suggested the operation could focus on logistics, military health and providing protection against nuclear, chemical and biological weapons.

Member states are divided on whether to implement a complete ban on Russian visitors into the EU's Schengen Area, or to maintain access for a restricted category of Russian travellers.

In a joint statement, five member states - Poland, Finland, Estonia, Latvia and Lithuania - said that in the absence of an EU-wide ban they could implement national measures to stem the flow of Russian tourists.

Speaking ahead of the foreign ministers meeting, Mr Coveney told reporters: "You'll certainly see a more restrictive visa system for the Russians to come to the EU.

"From an Irish perspective, we are outside of the Schengen Area and we don't have a visa facilitation program like the Schengen area has.

"You can get a visa to come to Ireland from Russia, but it's a more restrictive process.

"There are different perspectives and, as ever, just like on sanctions or any other policy decisions that the EU makes towards Russia and towards supporting Ukraine, we will come to a consensus and agreement on the way forward, hopefully today." 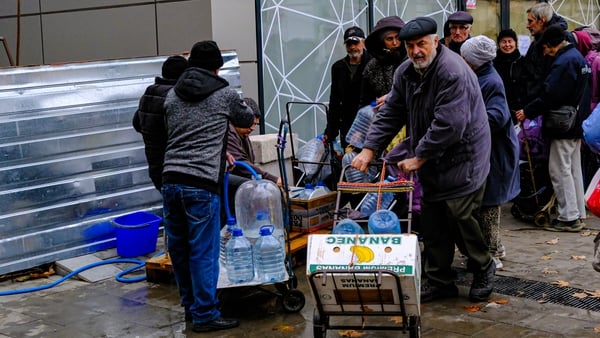