Thrill-seekers will soon be able to get their adrenaline kicks - and envy-inducing Instagram snaps - from the final frontier, as space tourism finally lifts off.

All you'll need is a bit of patience. And a lot of money.

Here's a rundown of where things stand.

Blue Origin's New Shepard rocket takes off vertically before the crew capsule detaches and crosses the Karman line (62 miles, or 100kms, in altitude), before falling back to Earth with three parachutes.

The Karman line is defined as the boundary between Earth's atmosphere and outer space.

Virgin Galactic uses a massive carrier plane (below), which takes off from a horizontal runway then drops a rocket-powered spaceplane. This in turn soars to over 50 miles altitude before gliding back. 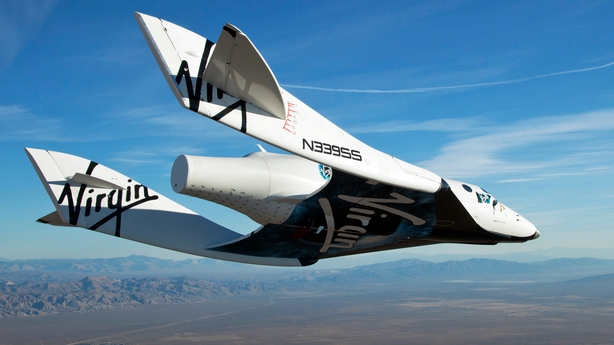 In both cases, up to six passengers are able to unbuckle from their seats to experience a few minutes of weightlessness and take in the view of Earth from space.

When can you go?

But the company predicts it will eventually run up to 400 flights per year. Two seats on one of the first flights are up for grabs in a prize draw: registrations are open until 1 September.

Blue Origin plans two more flights this year, the first by September at earliest, then "many more" next year.

Another way to get to space is via reality television. Space Hero, an upcoming show, says it plans to send the winner of a competition to the International Space Station (ISS) in 2023.

How much will it cost?

The first tickets sold by Virgin Galactic went for between $200,000 and $250,000 each, but the company has warned that the cost for future sales will go up.

Blue Origin hasn't announced prices. The anonymous winner of a public auction for a seat on the first crewed flight paid $28 million, but decided to defer their trip.

Their seat instead went to Dutch teen Oliver Daemen (below), with the company's CEO Bob Smith revealing there had been multiple bids above $20 million. 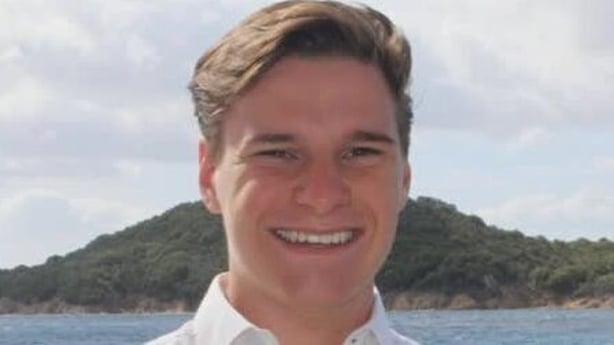 The more "budget conscious" might consider spending $125,000 for a seat on Space Neptune, a capsule that offers 360 degree windows and is lifted to the upper atmosphere by a balloon the size of a football stadium.

Despite the promise of spectacular views, the balloon ascends only 19 miles - far from the boundary of space, and weightlessness.

Are the physical requirements tough?

No - you're only expected to be in reasonable shape. Virgin Galactic's training lasts just five days.

Blue Origin promises to teach you everything you need to know "the day before you launch", and its first crewed flight included pioneering aviator Wally Funk, who at 82 became the oldest astronaut.

Elon Musk's company is also getting into the space tourism game, but its plans involve journeys that are far longer. The costs are also predicted to be astronomical - tens of millions of dollars.

American billionaire Jared Isaacman has chartered a mission called Inspiration4 to take him and three other passengers into orbit around the Earth on a SpaceX Crew Dragon in September, launched into space by a Falcon 9 rocket.

Then in January 2022, three businessmen will travel to the ISS with an experienced astronaut. The mission, named Ax-1, is being organised by the company Axiom Space, which has signed up for three other future flights with SpaceX. 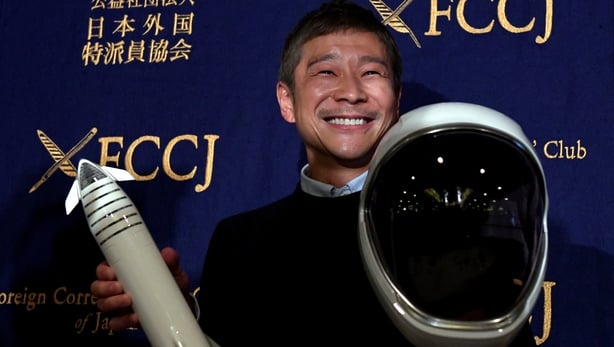 Mr Musk's company is also planning a trip to orbit for four people, organised by intermediary Space Adventures - the same company in charge of the flight of the Japanese billionaire Yusaku Maezawa (above) to the ISS in December, aboard a Russian Soyuz rocket.

Mr Maezawa is also supposed to take a trip around the Moon in 2023, this time aboard a rocket that is still under development by SpaceX, called Starship.

He invited eight members of the public to join him - but applications are now closed.