The US attorney general has announced an investigation into policing practices in the city of Minneapolis.

It follows the conviction last night of former police officer Derek Chauvin for the murder of George Floyd.

Derek Chauvin was found guilty of all three counts against him.

announced Wednesday a civil investigation into the police department of Minneapolis, Minnesota, a day after former officer Derek Chauvin was convicted of murdering African-American George Floyd.

"Today, I am announcing that the Justice Department has opened a civil investigation to determine whether the Minneapolis Police Department engages in a pattern or practice of unconstitutional or unlawful policing," US Attorney General Merrick Garland said.

He said the civil probe - separate from an ongoing criminal investigation into Mr Floyd's death - will examine whether the police systematically engaged in the use of excessive force, including during legal protests.

It will also examine whether the city force showed a pattern of discrimination and unlawful treatment of people with behavioral health disabilities, Mr Garland said.

If evidence is found of a pattern of unlawful practices, the investigation could possibly lead to a civil lawsuit seeking to compel the city to undertake sweeping reforms of its police department.

As last night's verdict was handed down another African-American died at the hands of police - an officer fatally shot a 16 year old Black girl during an attempted stabbing in Columbus, Ohio

Last night, US President Joe Biden called the guilty verdict "a giant step" toward justice in the US.

Video of the incident set off worldwide protests against police brutality and racial injustice.

"It was a murder in the full light of day, and it ripped the blinders off for the whole world to see," Mr Biden said in nationally televised remarks.

"Systemic racism is a stain on the nation's soul."

Read more:
Chauvin convicted of all charges in George Floyd death
Key moments in Derek Chauvin trial
View from Minneapolis: 'A step in the right direction'

It was approved by the US House of Representatives and aims to stop aggressive law enforcement tactics that have targeted black people and other minority communities.

"A measure of justice isn't the same as equal justice. This verdict brings us a step closer," said Ms Harris, the first black person, first Asian American and first woman to be vice president.

US Vice President Kamala Harris welcomes the guilty verdict in the trial of Derek Chauvin, but says 'it cannot take away the pain'. She urges the US Senate to pass the George Floyd Justice in Policing Act. ‘We still must reform the system’. | Read more: https://t.co/a5aTIWOiEq pic.twitter.com/rSCE9XKIMc 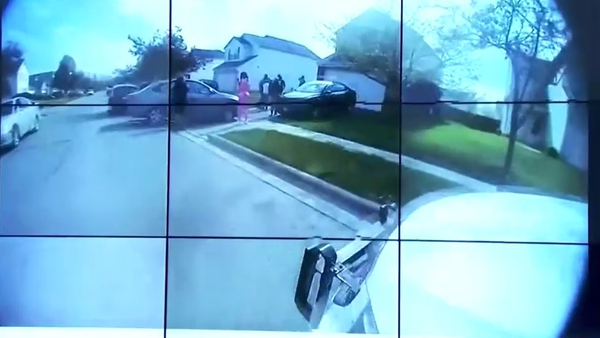