"It's very surreal. It feels like movie ... It doesn't feel like it will ever happen to you and then it does and you don't know how to react."

Like millions of people across China, Conor O'Neill travelled from Wuhan with his Chinese girlfriend on 22 January to her home village in Xuan'en to celebrate the Chinese New Year with her family.

But things didn't go as planned. The coronavirus broke out, infected tens of thousands of people, caused travel chaos and left the couple stuck 600km from where they live and work.

There is one road in and out of the rural village. However, it is blocked by a pick-up truck as locals try to keep the coronavirus out. So far, they have been successful. 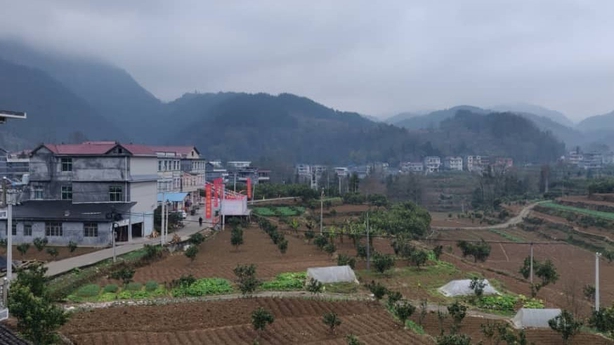 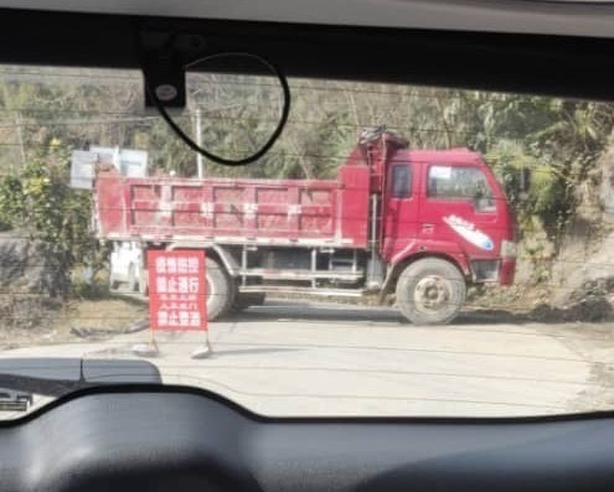 After two weeks of self-quarantine, the 26-year-old said it is not the worry over the coronavirus that is concerning him.

"Honestly I'm not so worried about the virus where we are, but it's just the cabin fever... and the boredom is starting to kick in... [We're] struggling to keep ourselves active or motivated. It's very tough," he said.

"We can't go out. We actually went to the shop yesterday but government officials chased us down and they yelled at us a little bit saying 'go home'," he added.

However, Conor said that government officials have been very helpful during the crisis.

"They've come to check on us three or four times ... given us masks, given us thermometers, keep tabs on our health," he said.

With Wuhan in crisis over supply shortages, the small village in Xuan'en of around 1,000 people has enough food.

"A lot of people in Wuhan are struggling, but around here they grow a lot of vegetables, so I think we are going to be set for food," he added.

Conor O'Neill has been in China since February 2017 and works as a teacher. He said he was offered a seat on a plane back to Ireland but he passed on the offer.

He said he would not have made the flight being such a long distance away, but he also did not want to abandon his girlfriend and her family during this time.

His family back in Lucan in Dublin are worried, but understand his decision to stay.

"On the surface I think they are fine. I've been telling them not to worry too much, but I know my mum is a worrier. She's probably freaking out a bit."

A pandemic legacy: Who is leading the fight?