Medical examiners have identified the body of NBA basketball start Kobe Bryant after recovering the remains of all nine people who died in a helicopter crash near Los Angeles.

The 41-year-old was officially identified along with three others using fingerprint analysis, two days after their helicopter crashed into a hillside northwest of the city.

Meanwhile, federal investigators finished their inspection of the crash site, handing it over to local authorities.

Images showed investigators earlier flying drones over the accident site and manually combing through twisted, charred wreckage of the helicopter, which was scattered over a wide area of 180m.

The coroner's office confirmed that all nine bodies have been retrieved from the crash site on Monday and "transported to the department's forensic science centre" for examination.

The remaining five - including Mr Bryant's 13-year-old daughter Gianna - have not yet been officially identified.

The death of the basketball icon, a five-time NBA champion for the LA Lakers and double Olympic gold medalist, shocked the world. 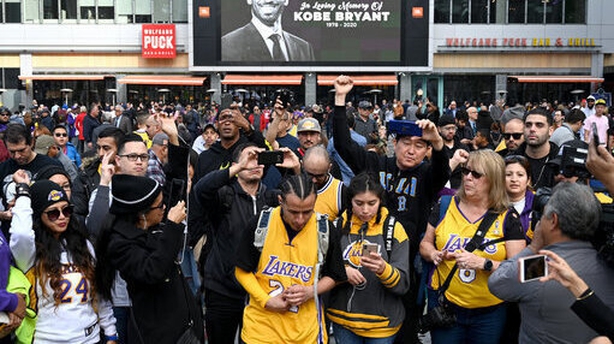 He was travelling with his daughter and seven other passengers and crew when the Sikorsky S-76 crashed into a hillside in thick fog in Calabasas, northwest of LA.

The helicopter was headed to his Mamba Sports Academy in Thousand Oaks, where his daughter was set to play.

Jennifer Homendy, a member of the National Transportation Safety Board, described the accident as a "high energy impact crash," having earlier labelled the crash scene as "pretty devastating".

She said the helicopter did not have a "terrain awareness and warning system" installed.

The NTSB in 2004 had recommended to federal aviation authorities that the system be required on all helicopters with six or more passenger seats, but the recommendation was not adopted, she added.

Investigators have airlifted the helicopter's wreckage onto trucks, and transported it to a secure location for further examination.

An iPad, cellphone and maintenance records were found among the wreckage, along with "everything we would expect would be on the aircraft," said Ms Homendy.

She told journalists that the probable cause for the accident may not be confirmed for 12-18 months, when a final report will be issued.

A preliminary, fact-based report is expected in ten days.

The other passengers on the flight - who have not yet been officially identified - have been named as Mr Altobelli's wife Keri, and their daughter Alyssa, who played basketball at the same club as Gianna.

Christina Mauser, an assistant coach of the Mamba girls' basketball team, was also killed along with Payton Chester, Sarah's daughter. 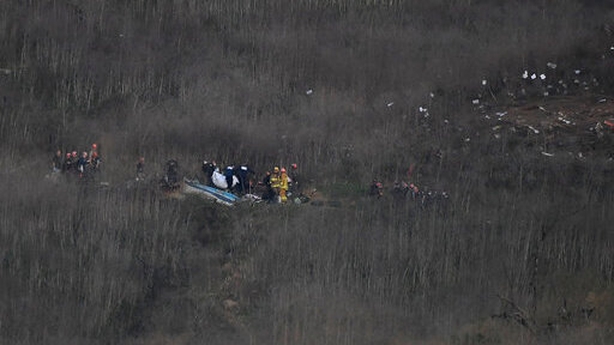 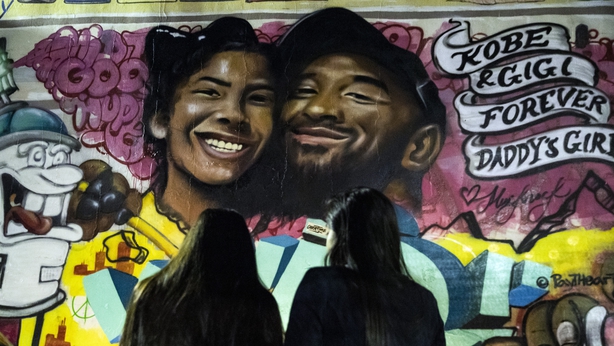 Mourning fans have placed bouquets of flowers at a makeshift memorial outside the gated community in Newport Beach, south of Los Angeles, where the late NBA great lived.

The Academy of Motion Picture Arts and Sciences said a tribute to the iconic figure would be included in next month's Oscars ceremony.

The star, who won an Academy Award in 2018 for animated short film "Dear Basketball," had been honoured with a moment's silence at the Oscars nominees luncheon on Monday.

A petition for the NBA logo to be redesigned with Mr Bryant's likeness had reached two million signatures by yesterday afternoon.

The NBA also postponed the scheduled Lakers game against the Los Angeles Clippers.

Basketball superstar LeBron James said he was "heartbroken and devastated" over his friend's death in an emotional Instagram post, while also vowing to continue his championship legacy with the Lakers.

With the crash site becoming a pilgrimage point for fans, police on horseback and all-terrain vehicles have been brought in to secure the area.