Kobe Bryant was one of the most decorated players in basketball history who transcended the sport and became a successful businessman and Oscar winner.

Bryant, who was 41, was killed in a helicopter crash alongside his 13-year-old daughter Gianna and three others in Calabasas, California, on Sunday.

He spent his entire 20-year NBA career at the Los Angeles Lakers and became one of the most recognisable figures in the United States.

The double Olympic champion - who was an 18-time NBA All-Star - retired from basketball in 2016, but that was far from the end of the Kobe Bryant story. 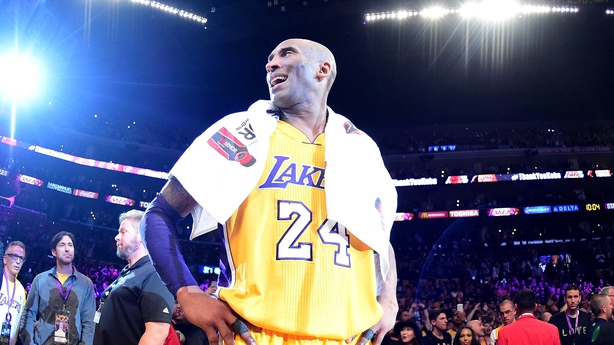 Bryant was born in Philadelphia in August 1978 to father Joe, a professional basketball player who spent eight years in the NBA, and mother Pam.

His parents named him after the famous beef of the Kobe region in Japan, which they supposedly saw on a restaurant menu. His middle name, Bean, was derived from his father's nickname 'Jellybean'.

Bryant spent eight years between the ages of six and 14 living in Italy, as his father played in the Italian Basketball League.

But the Lakers - he said his allegiance to their player Earvin 'Magic' Johnson had made them his favourite team - seemed an inevitable destination after a stellar high school career.

Bryant was the all-time leading scorer in the history of south-eastern Pennsylvania basketball and entered the NBA straight out of high school.

He was selected by the Charlotte Hornets as the 13th pick in the first round of the NBA draft in June 1996 and was traded to the Lakers within a fortnight.

Bryant, a 6ft 6in guard, became the youngest player in NBA history at that time - aged 18 years, two months and 11 days.

"I knew for me to get any type of edge whatsoever I had to be more prepared than the person I was matching up against."

That self-determination and will to win saw Bryant quickly make his mark in the tough environment of NBA basketball.

The plaudits and trophies came thick and fast as the 1990s dominance of a Chicago Bulls side led by Michael Jordan gave way to Lakers supremacy in the new millennium. 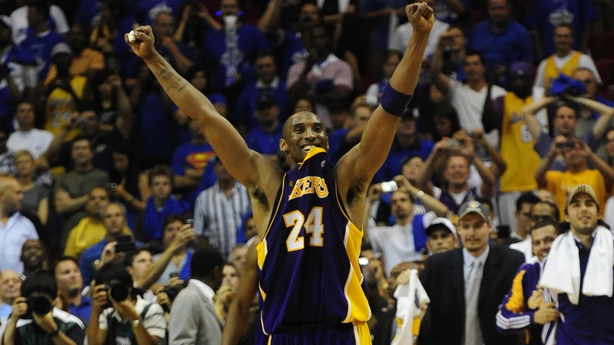 The Lakers won three consecutive NBA titles between 2000 and 2002 as Bryant averaged over 25 points per game and had a career-high 46.9 per cent in shooting.

"It's very tough for teams to double me from (the post) because of the amount of talent we have," Bryant said about his scoring prowess.

"If I'm sitting on the perimeter guys can trap and zone up, but if I catch it down on the block, with the fakes I have and the ability I have to shoot, I'm going to give you fits."

Bryant's reputation was tainted in 2003 when he was charged with the sexual assault of a 19-year-old hotel worker.

He lost lucrative endorsements as a result, although the case was dropped by prosecutors after the accuser refused to testify at the trial.

Bryant later apologised for the incident, saying he believed the encounter was consensual, and a separate civil lawsuit against him was settled privately.

On the court, Bryant continued to reign supreme. He scored 81 points a 122-104 win over Toronto Raptors in 2006 and won a gold medal at the 2008 Olympics in Beijing as a member of the United States team. 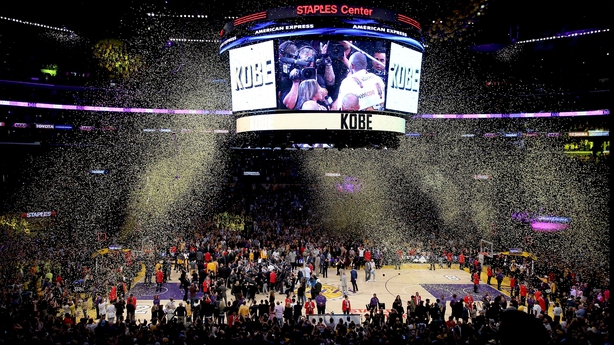 That took Bryant's NBA titles to five and he was named Finals MVP in both years.

Bryant became the Lakers' all-time leading points scorer in 2010 and won a second Olympic gold medal at London in 2012.

Preparing for a career beyond basketball, he launched Kobe Inc in 2014 and retired in 2016 with some eye-watering numbers on his CV.

Then came numerous successful business ventures and Oscar glory through the poem entitled 'Dear Basketball', which he had written as retirement approached:

Dear Basketball.
From the moment I started rolling my dad's tube socks
And shooting imaginary
Game-winning shots
In the Great Western Forum
I knew one thing was real: I fell in love with you.
The final verse said:
And we both know, no matter what I do next
I'll always be that kid
With the rolled up socks
Garbage can in the corner
:05 seconds on the clock
Ball in my hands.
5... 4... 3... 2... 1
Love you always,
Kobe

Bryant is survived by his wife Vanessa and their three others daughters Natalia, Bianca and Capri.