Gardaí are satisfied the 39 people found dead in a container in England this morning were not trafficked through the Republic of Ireland.

Detectives from the Garda National Immigration Bureau and officers from Special Crime Operations have been investigating the route the truck, and the container, took from Europe to Essex.

They have established that the container in which the bodies of 39 people were found went directly into the UK from Belgium.

The container arrived at Purfleet on a ferry from Zeebrugge at 12.30am today, and was driven away by the truck at 1.05am.

The bodies were discovered 35 minutes later at Waterglade Industrial Park in the Thurrock area of Essex.

The Bulgarian Foreign Ministry says the Irish-owned truck is registered in Bulgaria by a company owned by an Irish woman.

It also says the last time the truck was in Bulgaria was in 2017 and it left the day after it was registered.

However, Garda investigations have established the truck also left Holyhead later that day, and entered the UK again through Holyhead the following day - 20 October.

Garda Headquarters would not comment on the detail of the investigation, but said that gardaí would offer any assistance required to the UK authorities.

A 25-year-old man from Northern Ireland arrested on suspicion of murder remains in custody.

Essex Police said emergency services were called to the industrial park at around 1.40am after the container was found with people inside.

All 39 people were pronounced dead at the scene. Police said it appears that 38 were adults and one was aged in their teens.

They have begun the process of trying to identify the bodies.

Pippa Mills, Deputy Chief Constable with Essex Police, say they have not yet identified the 39 bodies who were found in the back of a truck in an industrial park last night | Read more: https://t.co/umWLRX0VIF pic.twitter.com/YlHbAdnqRW

The Bulgarian Embassy in London received information about the registration of the truck from British police, the Bulgarian Foreign Ministry said in a statement.

"The Scania truck was registered in the city of Varna under the name of a company owned by an Irish citizen," the ministry said.

Essex Police Chief Superintendent Andrew Mariner said: "This is a tragic incident where a large number of people have lost their lives." 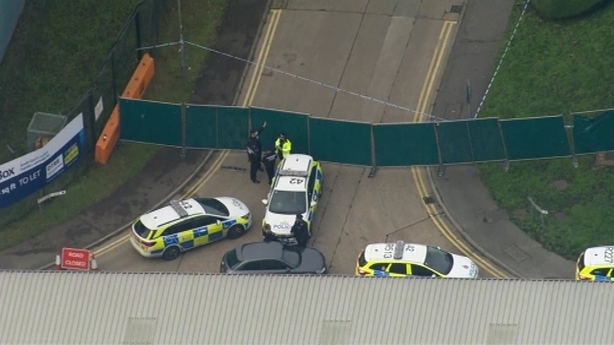 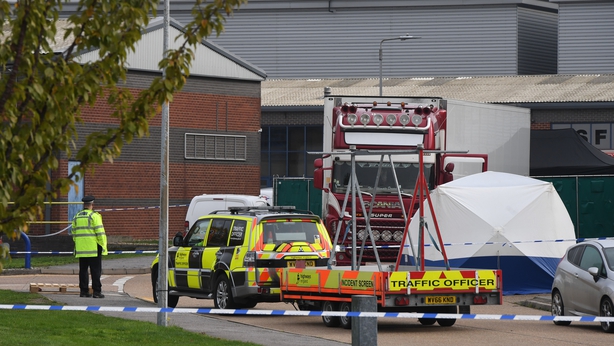 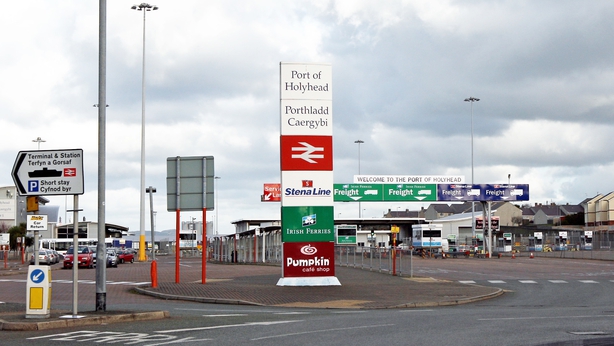 The bodies of 39 people have been found in a container at an industrial park in Essex | https://t.co/umWLRX0VIF pic.twitter.com/ROEL7T6l7u

The scene at the waterglade industrial park in #essex as forensic teams conduct investigations into the discover of 39 bodies in a lorry container. More details throughout the day on @rtenews pic.twitter.com/AWhBzkGEfj

"I am receiving regular updates and the Home Office will work closely with Essex Police as we establish exactly what has happened.

"My thoughts are with all those who lost their lives & their loved ones."

A floral tribute to the 39 victims found in a lorry container has been left at the scene in #essex Police investigating the route the Bulgarian lorry took vía Holyhead to reach GB pic.twitter.com/9oBhQLXK0u

In a written statement, British Home Secretary Priti Patel said: "I'm shocked and saddened by this utterly tragic incident in Grays. My heart goes out to all those affected.

"Essex Police has arrested an individual and we must give them the space to conduct their investigations. Home Office immigration officials will be working closely alongside them to establish how this horrific event came to happen", she said.

Speaking in the Dáil this afternoon, Taoiseach Leo Varadkar said: "The information that we have so far this morning is very sketchy, but there are some reports that the truck may have passed through Ireland at some point so obviously we're going to need to get more information and carry out any necessary investigations which may be required."

Minister for Justice Charlie Flanagan said on Twitter that he was saddened at the "horrific news emerging" from Essex.

Saddened at horrific news emerging this morning from Essex. Gardai assisting Essex Police towards establishing the facts. My Dept in receipt of ongoing information & updates. Thought & prayers with loved ones & families of those who tragically lost their lives.