Police and other emergency services are searching the Belfast Lough area this morning.

A man is reported to have fallen from a ferry which was docked in Belfast harbour.

The Police Service of Northern Ireland asked the public to avoid the area.

A spokesperson for the UK's Maritime and Coastguard Agency said that emergency services were "retasked" to assist in the operation, following new information.

Bangor, Larne and Port Muck coastguard rescue teams, along with Donaghadee and Larne RNLI lifeboats and Lowland Search and Rescue teams are continuing the search which resumed just before 8am.

Last night, two RNLI lifeboats from Bangor, pilot launches from the harbour, the coastguard helicopter based at Prestwick and Bangor Coastguard Rescue Team were involved in the search which also included the ferry's own fast rescue craft.

They carried out an extensive search which was suspended in the early hours of the morning, according to the coastguard agency.

Meanwhile a separate search operation is under way on Lower Lough Erne in Co Fermanagh for a man who was reported missing yesterday.

The man left Inish Davar for an overnight stay with friends but has not been seen since 2pm yesterday.

The RNLI lifeboat from Carrybridge, a police boat, Kinnego Coastguard Rescue Team and an Irish Coast Guard helicopter are taking part in the search. 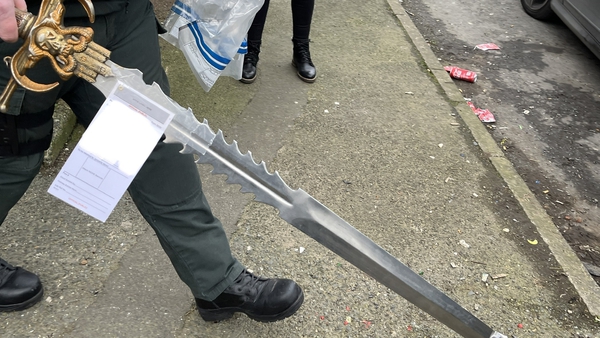