The Government accepts there will have to be an enhanced scheme for those whose homes have been devastated by the mica problem, the Tánaiste has said.

More than 4,000 homes are affected by the blocks, mostly in the Inishowen Pensinsula, but also in other parts of Donegal and parts of Co Mayo.

The block defect is primarily due to an excessive amount of mica in the manufacture of the blocks. 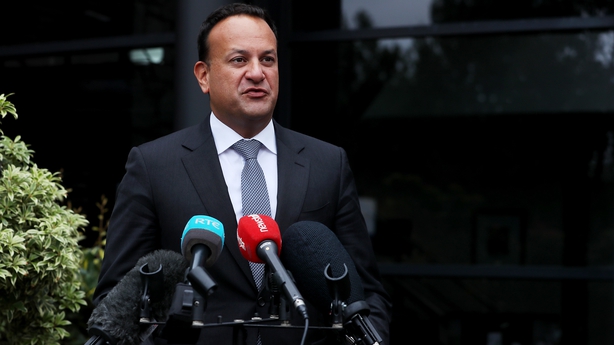 However, unlike the pyrite redress scheme in Dublin, which saw 100% funding from government, homeowners are expected to pay 10% of the cost under the mica redress schemes.

Leo Varadkar said that he could not make any commitments at the moment but the Government would receive a report from a working group on the issue by the end of the month.

He said the report would then be considered by Government in consultation with the Attorney General and the Department of Public Expenditure.

He said the problem has spread to several other counties and a submission was received from Clare County Council in July.

.@PearseDoherty asks @LeoVaradkar if he will commit to 100% redress for affected families. He responds by saying he cannot make definitive commitments on a new scheme at present as it is a matter for Government to decide by the end of the month | More: https://t.co/aW6sgQWtND pic.twitter.com/NCJBqMcdC8

The Tánaiste was responding to questions from Sinn Féin's Pearse Doherty who called for a compensation scheme that matched the pyrite scheme.

The Donegal TD said that the Tánaiste could help ease the stress felt by these homeowners by making such a commitment today.

Minister for Housing Darragh O'Brien has described the situation as a "terrible scourge".

Earlier, Donegal TD Joe McHugh said resolving the crisis of mica-impacted homes will take a massive injection of capital and the Government needs to "bite the bullet" on what is now a national emergency.

He called for political intervention from the Taoiseach and the Tánaiste to bring about a resolution to the "heartbreak" experienced by families caught up in the issue.

Raising the issue of Mica redress @PearseDoherty says the current scheme is not sufficient and asks @LeoVaradkar if he will commit to a 100% redress scheme. The Tánaiste says Government is committed to finding a solution and an "enhanced scheme" is needed| https://t.co/z22SiHzhvS pic.twitter.com/zStMQGTeRF

Speaking on RTÉ's Today with Claire Byrne, Mr McHugh said the money must be found to fully rebuild homes that are damaged.

"The houses are broken, they need to be fixed, yes, but the shift in terms of policy has to move to the lives that have been broken ... there are a lot of lives broken here." 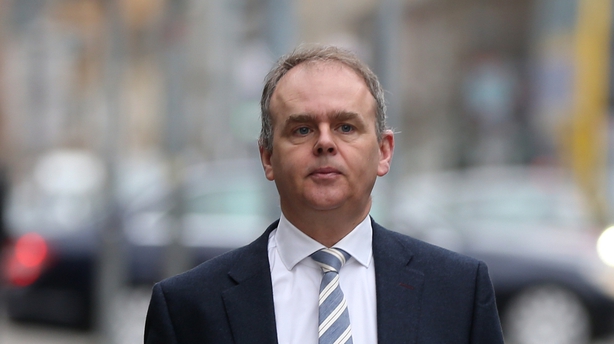 Mr McHugh said he hopes the families affected across the country will get the outcome they want in talks on State compensation tomorrow and said the Government needs to "do the right thing".

The Fine Gael TD said this "is not a parochial issue" as it is impacting homeowners in many counties including Clare, Limerick, and Mayo as well as Donegal.

He said he has reservations about any agreed scheme after the last government signed off on a 90/10 scheme, but said this was later diluted by officials in the Department of Public Expenditure .

He said it was "absolutely heartbreaking" for families to later be offered a 70/30 scheme that was not workable.

Meanwhile, the two Catholic Bishops of Derry and Raphoe as well as Derry's Church of Ireland Bishop have visited three homes in Co Donegal affected by mica.

The Bishop of Raphoe, Alan McGuckian, said that the mica problem that has destroyed houses and homes is no fault of the homeowners, and that there must be a total redress scheme by Government to compensate them.

Bishop McGuckian, along with Fr Michael Canny, who was representing Bishop of Derry, Donal McKeown and Rev. Andrew Forster from the Diocese of Derry visited the three homes in Burnfoot, Buncrana and Manorcunningham today.

The MICA Action Group will present their final demands in a report to Government tomorrow.