The PSNI has said that anonymity will be provided to witnesses who come forward with information relating to the murder of journalist Lyra McKee.

The 29-year-old was killed by dissident republicans during disturbances on the Creggan estate in Derry two weeks ago.

In a statement published to social media, the PSNI appealed for people with information to help in the investigation.

"On Thursday 18th April 2019 Lyra McKee was shot dead on the streets of Creggan. The person behind the gun gave no thought to the consequences of pulling that trigger or the danger they were putting the whole community in," it said.

"You have been united in your response. Rightly, you have condemned this violence. You have challenged the threats and intimidation that hang over your community.

"We need your help and we understand that for some, fear and intimidation feel very real. If we cannot challenge those feelings, we will resign ourselves to a future of indiscriminate violence. 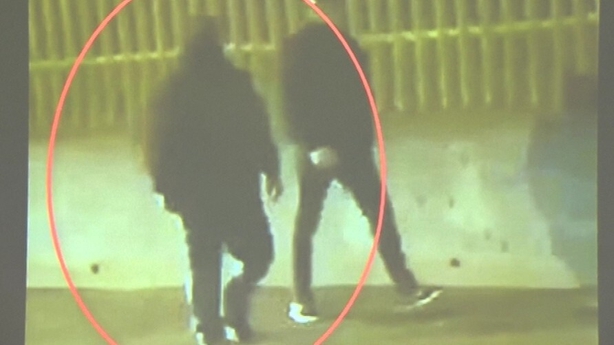 "People know the gunman and his associates. They know what happened before and after the shots were fired."

Police went on to confirm: "After liaison with the Public Prosecution Service we can confirm that, for the purpose of this investigation, anonymity will be provided to witnesses of the murder and the activities of the gunman. Witnesses will be referred to as Witness A, B, C etc and your identity will be revealed only to the Public Prosecution Service.

"As a witness you may not be required to give evidence in court but if you are, we will request the maximum protection. This can include options such as anonymity, giving evidence by video link, from behind screens and with voice distortion. We have no intention of placing witnesses at risk."

It continued: "We need evidence about the gunman and his associates. Not rumour. Not speculation. Not gossip. We need first hand evidence or camera footage to identify and bring the gunman and others who were involved in Lyra’s murder to justice.

"We stand right alongside you as part of the community. Together we have an opportunity to bring a meaningful and lasting change."

The police urged those who have any information to "please pick up the phone". They said they would meet people directly or take a call at 101.

Anyone who wishes to share any information, phone footage or images can also do so by going online at MIPP.police.uk, the Major Incident Public Portal.

The statement added: "Please help us to bring this violence to an end."