Friends of murdered journalist Lyra McKee have protested outside the Derry headquarters of a dissident republican group today by putting red handprints on the walls.

The group held the protest over the killing of the talented journalist and published author.

A number of Ms McKee's friends walked to Junior McDaid House in Derry, where they used a pot of red paint to place handprints on the side of the office walls.

A group of some six men, understood to be members of republican group Saoradh, who are associated with the so-called 'New IRA', stood outside the building during the intense protest. 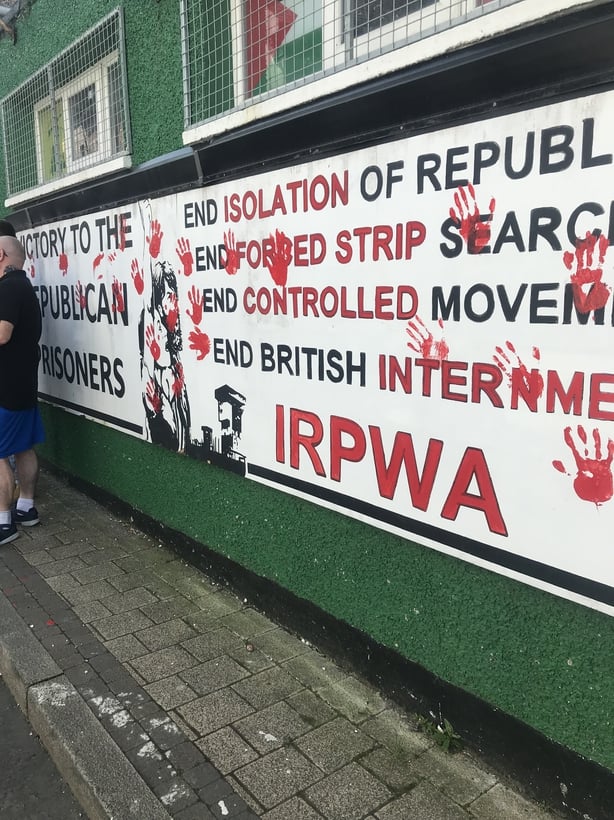 PSNI officers were also present and later asked for the names of those involved in the incident.

The dissident republican New IRA is being blamed for shooting the 29-year-old journalist in the head.

She was hit when a gunman opened fire on police in the Creggan area of Derry.

Her killing has been widely condemned across the political spectrum.

Lyra's friend Sinead Quinn, who took part on Monday's protest, said: "We have used red paint because they have blood on their hands for what has happened.

"They have encouraged it, they have moulded these young people into what they are and they are standing behind them handing them guns.

"They need to take responsibility today for what has happened.

"They have shirked it so far by saying it was an accidental shooting. You don't shoot accidentally." 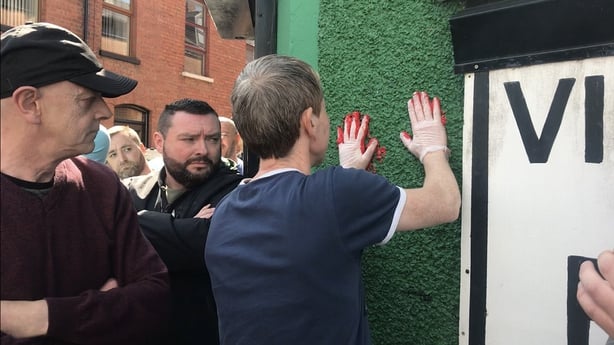 She added: "When you put a gun into someone's hand and they shoot it, that's murder.

"Lyra deserves more and I am so glad there are so many people here today to see and watch these men looking at us.

"They are not a representation of republican people in this town.

"Those people don't represent (republicanism). Nobody can advocate shooting into a crowd of people and shooting a 29-year-old woman dead.

"People have been afraid to stand up to people like this, we are not afraid."

Another friend said: "We have had enough. There is a younger generation coming up in the town and they don't need guns put in their hands.

"They need jobs, they need a better health service and education.

"They need a life, not a gun put in their hands."

The group of friends have pledged to do more in Lyra's memory. 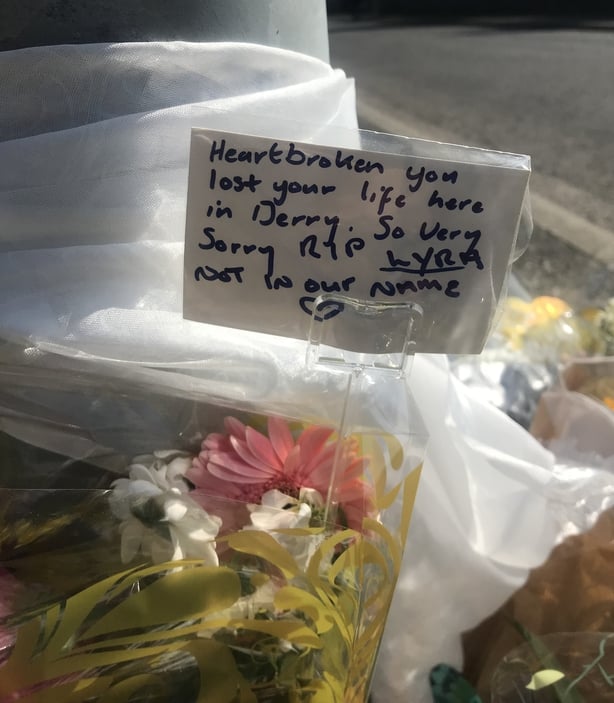 "Lyra's McKee's name will never be forgotten in this town," Ms Quinn added.

Local resident John Lindsay said: "We are using this as an opportunity to speak out against these people.

"The whole town has told them they are not wanted here.

"There is mood change here, even hardline republicans are speaking out against them and saying they need to desist.

"My message to them is go away and get off our backs and stop dragging children into the past into a life of misery."