Star Trek's William Shatner has made history as the oldest person in space after blasting off from the Texas desert in a rocket built by Jeff Bezos's company.

The actor, 90, reached the final frontier this afternoon, delighting the millions of sci-fi fans who know him as Captain James T Kirk of the USS Enterprise.

Back on earth, Mr Shatner was the second passenger to step out of the capsule and was embraced by a delighted Mr Bezos.

Star Trek's William Shatner has made history as the oldest person in space after blasting off from the Texas desert in a rocket built by Jeff Bezos's company | More: https://t.co/AaYK6QDxDA pic.twitter.com/TsAaIUL9yJ

The actor, who became emotional while speaking to the billionaire, said: "Everyone in the world needs to do this."

Mr Shatner said he was shocked by the difference in the blue sky of Earth and the vast blackness of space, adding: "It was so moving to me. This experience has been unbelievable."

He appeared stunned in his conversation with Mr Bezos, admitting he was taken aback by how quickly he reached space. "In a way it's indescribable," he said.

Mr Shatner added it was "the most profound experience I can imagine".

He said: "I am so filled with emotion about what just happened, it's extraordinary. Extraordinary. I hope I never recover from this. I hope I can maintain what I feel now. I don't want to lose it. It's so much larger than me." 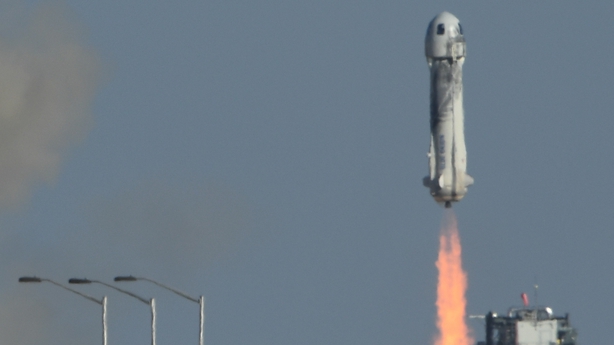 Billionaire Amazon founder Mr Bezos was behind Mr Shatner's trip to the stars through his Blue Origin space travel company.

Mr Shatner and the three other passengers lifted off in the fully automated, 20-metre New Shepard rocket from Van Horn, west Texas, slightly later than planned in order to give experts more time to monitor winds in the area.

According to a live stream of the historic event, Mr Shatner and his fellow passengers reached an altitude of roughly 350,000ft and a velocity of about 2,000mph.

Star Trek actor William Shatner is set to boldly go where no 90-year-old has gone before, when he blasts off to space on Blue Origin's second crewed mission. | Read more: https://t.co/IKFNSUP7OG https://t.co/1afl86dWKX

The actor and those on board experienced weightlessness as they reached the fringes of space.

After a trip lasting about ten minutes, the capsule fell back to Earth with the aid of a parachute. 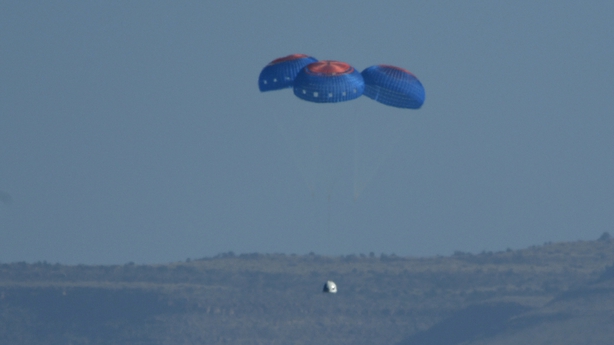 Mr Shatner and his crewmates, dressed in their striking blue flight suits, rang a silver bell before being strapped into the capsule, with Mr Bezos closing the door behind them.

They were not required to wear helmets, with Blue Origin saying it wanted its passengers to have an unencumbered view of space.

Mr Shatner is best known for playing the indomitable Captain Kirk in the Star Trek franchise. 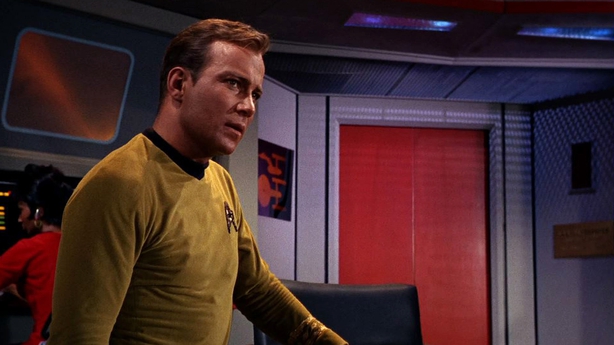 He appeared in the original TV series in the 1960s and later starred in a series of films and remains inextricably tied to the character in the public imagination.

Shatner is now the oldest person to ever travel to space, breaking the record set in July by 82-year-old Wally Funk.

For Blue Origin, a second mission in less than three months represents another step forward as it tries to establish itself as space tourism's leading player.

Dr Boshuizen, a former NASA engineer, and Mr de Vries, brought the company's total number of paying customers to three - though prices have not been disclosed.

Virgin Galactic, which offers a similar experience of a few minutes' weightlessness and a view of the Earth's curvature from the cosmos, launched its founder Richard Branson in July, a few days before Mr Bezos.

In September, SpaceX sent four private citizens on a three-day trip around the planet.