Scouting Ireland says the Child and Family Agency, Tusla, has never before raised at meetings between the two bodies what it calls the "most serious allegation" that "the actions of key (Scouting Ireland) personnel holding a role in safeguarding may have been compromised".

It says it is seeking urgent engagement with the statutory body to help it understand why Tusla has made the allegation.

It adds that Scouting Ireland "would have responded to (it) immediately, had we known or understood Tusla's concerns. It has not been raised in any of our meetings with Tusla."

It comes after Tusla told Scouting Ireland that it should consider the viability of continuing with overnight trips.

Minister for Children Katherine Zappone said this evening that parents should seek assurances that no overnight trips take place without adequate numbers of trained supervisors, who know the exact steps to take if a child comes to them with a concern.

She said the agency has recommended an immediate review of the supervision of children involved in scouting, and has stated that consideration should be given to the viability of continuing with overnight scouting trips.

Ms Zappone told the Dáil that "in recent days Tusla has written to Scouting Ireland highlighting serious concerns about that organisation".

The minister published the contents of the letter this evening.

In a statement this evening, Scouting Ireland said it wishes to engage urgently with Tusla to better understand the following issues:

"Why is there a need for a subcommittee to be put in place to review the child safeguarding statement and procedures when Ireland's foremost safeguarding expert, Ian Elliott, completed a very comprehensive review in 2018 and Mr. Elliott's recommendations are currently being implemented by the organisation?"

Scouting Ireland adds that Tusla had confirmed in writing that its child safeguarding statement complies with current legislation.

"Why does Tusla believe 'an urgent review of the manner in which Scouting Ireland manages current child protection concerns and disclosures should commence', given that key statutory agencies in this jurisdiction in respect of child protection are the gardaí and Tusla and from the outset we have worked closely with both agencies?"

The statement recalls that Scouting Ireland has convened inter-agency meetings with gardaí and Tusla "to ensure that they understood our procedures and how we were managing disclosures".

It adds that Scouting Ireland has provided Tusla with details of allegations made to it and fully co-operated with the statutory Child and Family Agency.

"We have consistently confirmed that what we were providing to them was what they needed," the statement says.

"What evidence does Tusla have for to support the request for 'an immediate review of the supervision of children involved in scouting'? Scouting Ireland has completed the most comprehensive review of safeguarding, which was conducted by the independent safeguarding expert Ian Elliott.

"The organisation was also one of the first youth organisations in the country to adopt Children First legislation.

"Providing a safe environment for young people is a priority for Scouting Ireland and many positive changes have taken place to ensure that children in Scouting today are safer than they have ever been previously."

"According to the Department of Children and Youth Affairs, Children First legislation requires 'mandated persons' to assist Tusla in the assessment of a child protection risk if requested to do so by the agency. Mandated persons are defined as 'people who have ongoing contact with children and/or families and who are in a key position to protect children from harm'.

"It would be helpful to understand what evidence Tusla has for suggesting that 'Scouting Ireland should consider the viability of continuing with overnight trips.'

"Overnight trips and the experience of camping outside at night is an experience every scout should have the opportunity to enjoy and we have a strong policy framework in place to support this activity in Scouting Ireland. Again this matter was never raised by Tusla in any meetings with our organisation.

"There were one hundred and seventy-five calls to our helpline all of which were responded to quickly and evidence referred to the relevant authorities. We can provide testimonials from satisfied and grateful callers who took the time to thank us for our responses to them.

"The CEO of Scouting Ireland is very much involved with the extensive safeguarding work programme in place so Tusla's nomination of him as the principal liaison person in relation to this work can be put in place immediately."

Finally, scouting's governing body states that it wants urgent engagement with Tusla to help it understand why Tusla is questioning its role in processing complaints which it has invited the public to submit to it over its helpline.

"Tusla and An Garda Síochána has the statutory responsibility to assess and investigate child protection and welfare concerns. Scouting Ireland has not investigated any cases. However, our safeguarding team has a duty of care to ascertain the basic information required to bring the matter forward."

Speaking earlier on RTÉ's Drivetime, Ms Zappone said the funding of Scouting Ireland is dependent on the full implementation of eight recommendations made by Tusla.

She said Scouting Ireland must also continue to implement the review of Jillian Van Turnhout in relation to historic cases and that failure to do so would result in funding being cut again.

Ms Zappone then told the Dáil about eight recommendations which Tusla made to the chief executive of Scouting Ireland.

She said: "Firstly it is imperative that a meeting of Scouting Ireland board of management is progressed without delay.

"Secondly the actions of key personnel holding a role in safeguarding within Scouting Ireland may have been compromised and consideration may have to be given to this.

"Consideration should be given to nominate the CEO of Scouting Ireland to be the principle liaison in relation to work on children first.

"A subcommittee should be put in place to review the child safeguarding statement and procedures.

"An urgent review of the manner in which Scouting Ireland manage current child protection concerns and disclosures should commence.

"There should be an immediate review of the supervision of children involved in scouting."

"Scouting Ireland should consider the viability of continuing with overnight trips.

"Consideration should be given to ensure the personnel manning the helpline are independent of Scouting Ireland."

Ms Zappone said she placed the letter in the public domain because parents had a right to know the views of those charged with protecting and safeguarding children, and who work with no other agenda.

She said she will be meeting the chief social worker in her department to consider the next steps, but that urgent action must be taken.

Scouting Ireland, in its weekly newsletter, has called on all its members to "...review any paper records held by them or their Scout Group which may hold information that may aid this [historical sex abuse] investigation."

Members are told if they had any such documents, like "old group records", they should submit them to the "The Safeguarding Team" at Scouting Ireland.

In the email, Scouting Ireland said it is "in receipt of 175 historical sex abuse allegations" via its helpline.

The newsletter also advises that "... if anyone has any information relating to this criminal investigation into child sexual abuse in scouting they are to contact the gardaí's Child Abuse reporting Helpline." 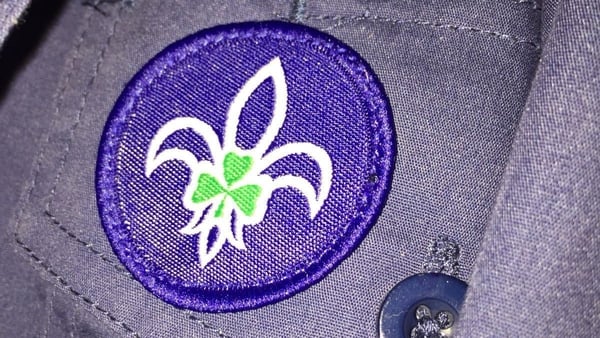