An investigation is under way after a statue of a former archbishop was decapitated in Co Tipperary.

The marble statue of Archbishop Patrick Leahy was decapitated and the head stolen some time between Wednesday and yesterday.

The marble statue stands just metres from the main entrance to Thurles Cathedral.

Gardaí have described the incident as a wanton act of violence.

Superintendent Pat Murphy said there had been no trace of the missing statue head and they were anxious to trace it.

He said the statue was an integral part of the heritage and fabric of the town of Thurles, as Archbishop Leahy oversaw the building of the cathedral in the 1860s. 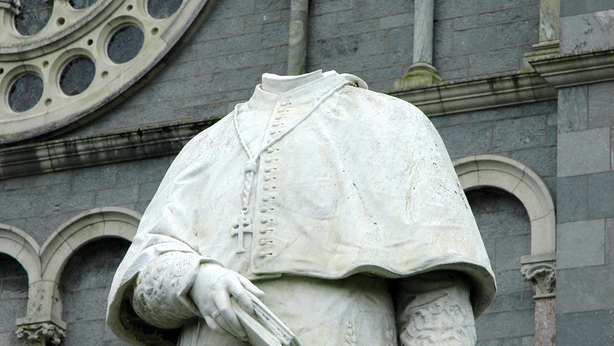 Archbishop Leahy was born near Thurles, on 31 May 1806, before being educated at Maynooth.

The Archbishop died at the episcopal residence in Thurles, on 26 January 1875. He was buried within Thurles Cathedral of the Assumption.

Gardaí are investigating the incident and have appealed for witnesses to come forward.

The Archbishop of Cashel and Emly, Kieran O'Reilly, said: "Archbishop Leahy was an able scholar and accomplished orator, whose address at the First Vatican Council was widely acclaimed at that time.

"The statue was unveiled in his honour in 1911 as a tribute to his work on the cathedral and for the church in Ireland, as well as his popularity as a pastor.

"I have been moved by the reaction of the people of the town of Thurles, and throughout the diocese, arising from this act of vandalism. It is my hope that the statue can be restored as soon as possible."