Bord na Móna is to lay-off 78 seasonal workers with immediate effect and temporarily lay-off another 72 permanent workers from next Thursday.

It said it made the move because of the decision by ESB to suspend the operation of its peat-fired power plant at Lough Ree in Co Longford.

The workers affected are employed in peat supply, bog operations and maintenance at the nearby Mount Dillon works supplying the electricity plant at Lanesborough.

The decision by the ESB was taken because of legal proceedings against the plant taken by the Environmental Protection Agency.

The EPA has initiated a prosecution because the temperature of cooling water discharged from the plant into the River Shannon is too high.

ESB confirmed to Bord na Móna that the Lough Ree power plant will remain off line for an undefined period of time.

No peat is needed for the operation of the plant.

Bord na Móna said it had no option but to lay-off a large number of its workers as a result.

Workers at the Bord na Móna Mount Dillion works have said they feel devastated and let down by the company.

Secretary of the Bord na Móna Group of Unions, Willie Noone said the unions had entered into a new agreement with the company less than four weeks ago to deal with situations such as this.

He said it appears the company had reneged on that deal by announcing today's lay-offs without any discussions with union representatives.

He said it looks as if the deal is now "dead in the water" and if so then there was "a serious problem" in Bord na Móna.

He warned that what has happened at Mount Dillon is "unacceptable" and could lead to nationwide industrial action.

Mr Noone said the group of unions is to meet with company management tomorrow.

Meanwhile, Bord na Móna's Chief Operating Officer, Joe Lane said the company did not want to take today's action but it was left with no choice.

He said Bord na Móna's customer can no longer take its product so there was no easy option or alternative to laying off staff.

He said he understood the anger and frustration of staff adding that he believed the workers could be affected for between 8 and 12 weeks.

Ahead of tomorrow's meeting with union representatives, Mr Lane said the company is in compliance with the agreement made with the group of unions in recent weeks.

He said options such as redeployment for staff will be discussed at tomorrow's meeting. 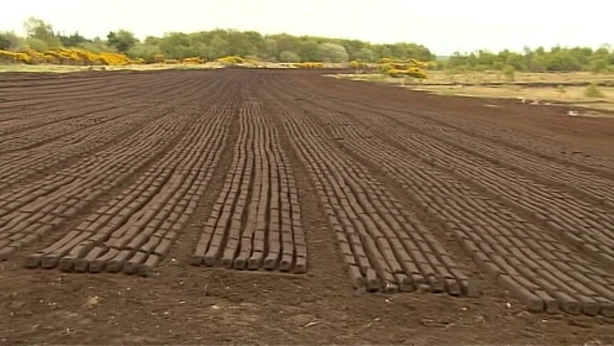 The Lough Ree Power at Lanesborough opened in 2004, replacing an older turf-burning power station, at a cost of €200 million. It generates up to 100MW of electricity.

Last weekend, ESB said that it had decided to suspend operations at the Lough Ree power plant for the coming weeks.

However, the EPA confirmed today it has issued legal proceedings and is prosecuting ESB for breaches its operating licence.

This raises significant concern about just how long the operation of the power plant will be suspended and there is fear about the possibility of further knock-on effects on jobs in the area.

The EPA prosecution relates to the fact that the thermal plume resulting from the cooling water that flows from the plant into the Shannon raises the river temperature by more than 1.5C, which is deemed to be too high and causes concerns about local fisheries and other wildlife in the river catchment area.

The EPA said that since court proceedings have been issued in relation to the matter it cannot comment further on the matter at present. 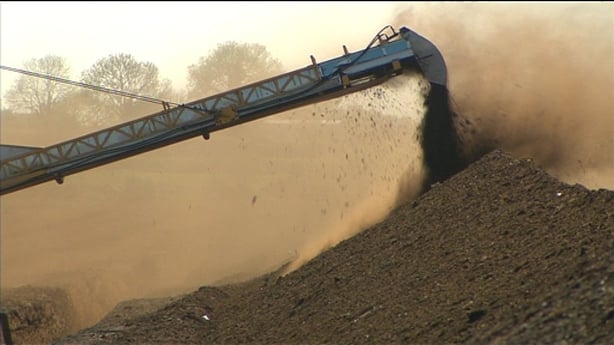 In a submission to the EPA about the so-called "Thermal Plume" earlier this year, ESB warned of a threat to the financial viability of the station and significant socio-economic impacts on the region if the operation of the station had to be curtailed.

In that submission, the ESB stated that the closure of the power plant and its associated Ash Disposal Facility would ultimately see an immediate termination of all employment at the site, and other jobs associated with it, as well as the related peat harvesting and delivery activities at Bord na Móna.

ESB calculated then, that the total number for jobs directly at risk would be 307, with 172 of them being full-time and 135 seasonal jobs.

ESB outlined to the EPA in its submissions that 41 ESB staff were directly employed at the power plant, but that another 110 full-time and 135 seasonal Bord Na Móna workers were employed supplying the plant with peat.

It also pointed to another 21 full-time transport employees who are contracted by Bord Na Móna for its operation.

Allowing for the indirect and induced employment supported by the plant, the ESB submission said that the total amount of employment in the region related to the operation of the plant at Lanesborough was 392 jobs.

The plant also pays about €1 million in rates to Longford County Council, which is more than 12% of the total amount of rates collected by the council per year.

ESB also warned the EPA in its submission that 53% of Bord na Móna's total workforce is aged over 45 years and that 69% of them have no third level qualifications.

It concluded that based on this age and educational profile Bord na Móna workers employed supplying the Lough Ree Power Plant would not be well placed to secure alternative employment in the event of a cessation of operations at the plant.

A 2018 report by ESB International examined 12 different options for addressing the issue of the discharge water at the power plant being too hot.

It concluded that ten out of the 12 options considered were either technically infeasible, prohibitively expensive, or cannot be implemented in time.

Option 11 was to divert the heated water to a district heating scheme for the area. However, this was deemed not feasible because the size of the adjacent community was too small.

The final option considered in the ESB International report was to schedule outages at the plant during the summer months when water flows in the Shannon were typically low.