A 32-year-old man who admitted dangerous driving causing the deaths of three women in a road crash on the N2 in Co Louth has been sentenced to six years in jail with two years suspended.

69-year-old Margaret McGonagle, her 37-year-old daughter Mairead Mundy and their friend Rachel Cassidy Battles, 39, from Bruckless, Co Donegal were travelling in that car and were killed in the crash.

They were travelling home from Dublin Airport having been on holiday in Turkey when the collision happened at Aclint, on the Louth/Monaghan border.

Rowntree was sentenced to six years in jail, with the final two years suspended, during which time he must attend alcohol awareness meetings.

He has also been disqualified for driving for 15 years.

The court heard that road conditions on the night of the crash were dry. Garda Kevin Kelly, from Ardee Garda Station, arrived on the scene at 12.30am.

He was off-duty, having finished a shift when he arrived at the scene.

In evidence read to the court he said he saw the white Toyota Auris upside down on the road and a number of people had gathered around the car.

The court heard how he got down on his knees to look inside the car and from his assessment he believed the three women were dead.

A young girl, Dani Battles, the daughter of Ms Cassidy Battles, was also in the car and Garda Kelly said she was "some distress".

The court heard how post-mortem examinations found the three women died as a result of multiple injuries and were killed instantly as a result of the collision.

The court heard that in the seconds before the crash, the driver of the Toyota Auris - Ms Mundy - hit the brakes and tried to veer the car to the left.

However the black Volkswagen Passat, driven by Jason Rowntree crossed the double continuous white line doing a speed of between 45-75km/h.

Evidence was read into the court that the accused continued to travel on the incorrect side of the road, before colliding head-on with the white Toyota, which was doing a speed of 117km/h. 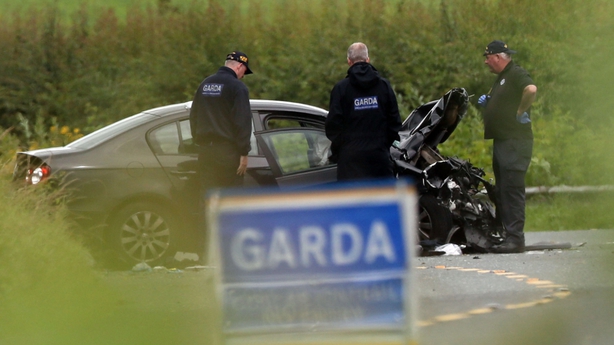 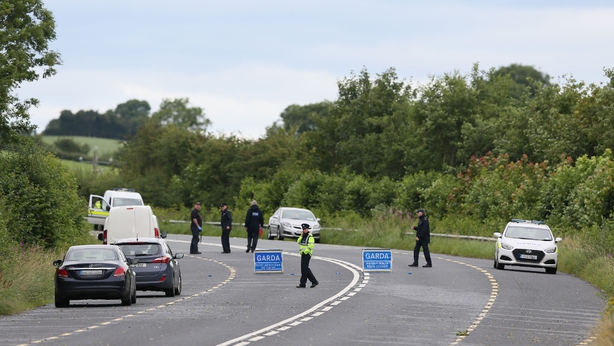 The court heard that on the evening of the crash Rowntree had been football training before heading to a local pub, Leegan's pub, in Corcreaghy, Co Louth.

In a statement to gardaí he said he drank three pints of Guinness on the night in question although he told gardaí he might not have finished the third pint.

However the court heard other witness statements from people in the pub on the night, disputing the number of pints, with the barman claiming the accused drank up to five pints.

The accused told the gardaí he had no memory of the accident and whether his car was on the incorrect side of the road.

When it was put to him by gardaí if this was a case of "convenient memory loss", he said that he was being honest and could only tell them what he remembered.

The court heard the accused is "truly sorry for what happened" and would hope the families could find some forgiveness for him.

Reading a victim impact statement to the court, Gayle McGonagle said the deaths of her mother-in-law Margaret McGonagle and sister-in-law Mairead Mundy, have left a gaping hole in their lives, one that will never filled.

She described the crash as "a bad nightmare" and said it "breaks her heart" that her children have been needlessly denied of their grandmother and aunt.

Addressing the judge, she said the accused should be held accountable for his actions.

"No family should ever go through something like this," she said.

In another victim impact statement, Padraig Mundy spoke of his love for his wife, Mairead.

He described meeting her for the first time in the Abbey Hotel in Donegal Town and said he knew it was love.

He recalled the night he was told the news: "It was like someone had put their hand in my body and pulled out my heart".

He described the holiday in Turkey before the accident. "We had a mighty time," he said. He said the women loved the shopping, the cocktails and the weather.

Mr McGonagle said he still has flashbacks from the night of the crash and still wakes up knowing Mairead is not in the bed.

He described her as his "best friend and soul mate".

In his victim statement Jeffrey McGonagle, son of Margaret McGonagle, said he still finds it hard to comprehend what happened.

He said his concern is now for his nephew, Caoimhin Mundy, whose mother and grandmother were killed in the crash.

The court also heard how the young boy’s father died in tragic circumstances when he was five.

"Our family has been torn to pieces and the heart of our home has gone".

In handing down sentence Judge Patrick Quinn said alcohol was a huge factor in this case.

He said the main concern for the accused on the night of the crash was getting caught drinking and driving.

However he said there was some mitigating factors, including his co-operation with gardaí during the investigation and his early guilty plea.

The court also heard the accused's parents are in poor health and are devastated by what has happened.

Judge Quinn said a number of testimonials have been made to the court describing the accused as "honest, enthusiastic and diligent".

Judge Quinn said he was moved by one of the victim impact statements in which Mr Battles said "there will be no winners when this process comes to an end".

He sentenced Rowntree to six years in jail, suspending the final two, during which time Rowntree must attend alcohol awareness meetings.

He has also been disqualified for driving for 15 years.