The Minister for Public Expenditure has promised that help is on the way, in response to increases in inflation and interest rates announced earlier.

Speaking this afternoon in Cork, Michael McGrath said the Government is finalising what he described as a Budget like no other, which will be delivered in less than three weeks.

He said that, in addition to normal Budget measures, there will also be a substantial package of one-off measures to offset the current cost-of-living increases.

It comes as the European Central Bank increased its key interest rates by 0.75% while, earlier, the Central Statistics Office put the rate of inflation for August at 8.7%.

"We acknowledge that we cannot fully offset the cost of this energy inflation for everyone, but for people who are on low incomes - fixed incomes - they will need particular help and assistance," Minister McGrath said.

"But there are many others too who are earning above the eligibility threshold for any State benefits who we will have to direct support and assistance to as well and we will do that."

Minister McGrath said it was too early to take comfort from the fact that the inflation figure for August, at 8.7%, represented a slight easing on the rate of increase in July, 9.1%.

"The reality is that many of the recent announcements of energy price hikes wouldn't yet have fed into that particular number or that measure of inflation so, from the government's point of view, it underlines the reality that inflation is here to stay for the forseeable future at a high level," he said.

"It means we have to respond to that in the best way we possibly can on budget day."

Minister McGrath said the European Central Bank move to increase its key interest rates by 0.75% was an attempt by the bank to keep inflation under control.

He acknowledged that the decision to increase interest rates would involve "pain" for people with mortgages.

He said the government would factor the interest rate increase into its budget calculations.

"We acknowledge that, for many people, it will increase their monthly mortgage bill, and the government will consider that issue along with all the other pressures that people are facing as we make decisions towards budget day," he said.

Asked if he was concerned about the impact of inflation and interest rate increases on the Irish economy and if it could lead to a recession here, Minister McGrath said Ireland was facing the current difficulties from a position of strength, with record employment, very strong exchequer returns and a continued flow of inward foreign direct investment.

He said the international environment will impact on Ireland, but he was confident the country could get through the current difficulties "in good health".

'No shame in not being able to pay bills' - MABS

Separately, the Money Advice and Budgeting Service said there is "no shame in not being able to pay your bills", adding that it is "a reality for many people at different times in their lives".

MABS national spokesperson Michelle O'Hara urged people to get in touch with their service if they are struggling with rising bills and the increased cost of living.

The service received a record number of recorded calls last month as the cost-of-living crisis continued to escalate.

Speaking on RTÉ's Morning Ireland, Ms O'Hara said that the service has a free helpline and more than 60 offices nationwide with expert local knowledge to assist people.

"We will have the knowledge in a particular location to send you to the likes of a food bank or to get you a food parcel delivered," she said.

"Then, in terms of utility bills, and so on, we obviously have the expertise. We are stakeholders with all of the energy companies and we have the knowledge to help you work through your situation."

Ms O'Hara added that MABS is seeing many people come for help and advice on what they can do with their finances, while others are looking for assistance with their creditors.

Anyone at risk of disconnection should come to MABS, she said, where they would be considered an urgent case and seen straight away.

She added that taking control of a situation is essential to reducing anxiety and now is the time to start planning, particularly in the run up to Christmas.

"Just get in control of what your situation is currently. Look at expenditure and say 'look, do I need to be spending all of this'," she said.

Ms O'Hara said they also encourage people to look at the likes of subscription services, adding that engagement is "absolutely key".

"Bills don't go away. They continue to be there. You must either engage yourself with your creditor, or we will do it for you in MABS if you feel you're unable," she said.

She advised people to keep a diary and record their finances, adding that the "tap culture" means it is far harder to keep control of expenditure.

Fianna Fáil MEP Billy Kelleher said there is a view in Europe that "something has to be done" since citizens and businesses are beginning to "hurt very badly as energy prices go through the roof".

Speaking on RTÉ's Today with Claire Byrne, he said how that is done needs to be "played out" and he expects the EU will make those announcements next week.

"The idea we can't do anything because we might upset the market, we just can't countenance that. Things have to happen and they have to happen quickly," Mr Kelleher said.

He warned that if nothing is done, there will be huge social unrest, businesses will close and families will struggle. 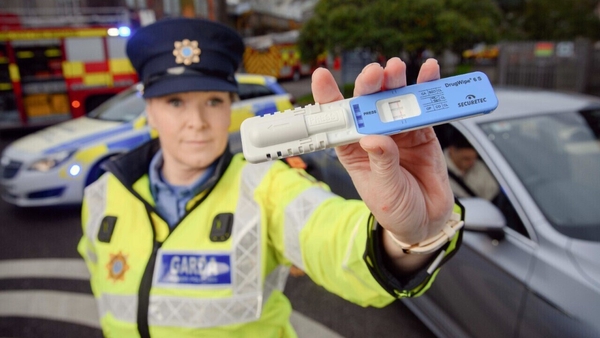