The Government has said it will help owners of defective homes with the cost of repairs but the construction industry will also have to contribute.

It follows reports that it could cost €2.8 billion euro to remedy defects that have been found in up to 80% of homes built between 1991 and 2013.

It is understood a working group which has been examining the issue of defective homes has identified up to 100,000 properties across the country that are affected by the issue and it says the cost of repairing these apartments and duplexes could cost up to €2.8 billion.

The group, which was established by the Housing Minister in February of last year and is due to complete its report in the coming weeks, has also found that problems such as the absence of fire safety material, water ingress and structural defects are an issue in up to 80% of units constructed between 1991 and 2013.

The average cost of repairing these apartments and duplexes is estimated to be €27,500.

The majority of defects are believed to be related to fire safety.

The Minister for Public Expenditure Michael McGrath said the Government cannot shoulder the full responsibility for the cost of repairing defective apartments and the construction industry will have to pay part of the bill.

Speaking this afternoon in Cork, Minister McGrath said: "We acknowledge that, in the resolution of this issue, the State does have a role to play, but it cannot solely fall on the State to resolve the issue."

He told RTÉ News: "We are prepared to support homeowners living in apartments and duplexes who are facing significant costs.

"The State definitely has a role to play to assist them as well. But it cannot solely fall on the State, and the industry will have to step up to the mark as well in order to meet the overall costs."

Minister McGrath said the costs are as yet unquantified and the Government has not yet received the report of the working group established by Minister Darragh O'Brien, but it will be carefully considered when it is received.

Any levy 'would result in rising property prices' - CIF

The Construction Industry Federation says builders and developers should not have to pay towards a scheme to compensate homeowners whose buildings have been found to be defective.

The CIF also warned that any government levy on the industry would result in construction projects not going ahead and property prices rising.

CIF Chief Operations Officer Hubert Fitzpatrick said compliant builders should not have to pay for the mistakes of a few in the past.

"It’s only going to question further the viability of many developments that we need very seriously in the current climate and any moves by the Government to increase costs in an inflationary environment in going to be counterproductive."

Asked if this would result in higher prices for consumers, he said it would.

He said where there are individual cases of non-compliance and the builders are identified, compensation schemes should be considered in these circumstances.

He also said he believed that reports that up to 80% of homes built between 1991 and 2013 have defects, is "quite large off the mark".

Orla Hegarty from the School of Architecture at University College Dublin has said that the construction industry in Ireland is still "effectively" self-regulated.

"Although that system was formalised in 2014, we still effectively have most inspections done by the people who are doing the work themselves," she told RTÉ's Six One News.

Remediation work has been completed on 12% of defective properties, work on 35% of affected units is in progress, but in 53% of cases works have yet to commence.

There is a focus on the need for retrospective support to ensure that remediation works are not stalled.

It’s understood that the group will recommend three options for State supports to remedy these defects.

The first option is the provision of a low cost loan to the management companies of affected buildings who would then recoup the costs from owners.

The second option is a State grant to the management companies to cover some or all of the costs of remedying the defects.

And the third option is the State paying directly for the work.

The Construction Defects Alliance has called on the Government to introduce a redress scheme for defective properties.

The CDA says this should be funded by an industry levy that is matched by government funding.

It also wants to see owner occupiers to be able to write off the cost of remediation work against their tax liabilities. 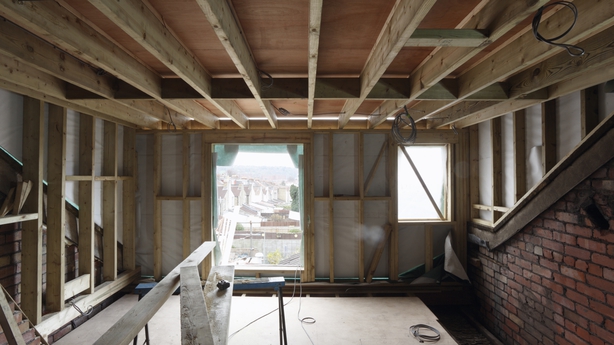 It says in the UK, the 38 largest builders and developers have agreed to remediate defective work which they were responsible for and to contribute to a £5 billion fund which will pay for remedial works in buildings where the developer no longer exists.

In a statement, the Department of Housing said that the Minister for Housing is awaiting the completed report before he comments on the issue.

"The Working Group is currently concluding its deliberations in support of the delivery on its extensive terms of reference and working towards finalisation of its report. Once the Minister receives the report from the working group he will give full consideration to its contents."