New proposals have been put forward that would allow the State to take control of the site of the new National Maternity Hospital (NMH) from St Vincent's Healthcare Group (SVHG) via a lease for 299 years, RTÉ News understands.

The new arrangement proposes essentially doubling the previous lease offer, which was to lease the land to the State for 99 years plus 50.

Under the latest proposals, arising from discussions between SVHG and the Department of Health, it is also understood there would be changes to the composition of the board of the new hospital that would see equal representation for public interest, St Vincent's and NMH directors.

The Department of Health has said the process to finalise the legal arrangements for the new hospital "is ongoing and has not completed".

In a statement, SVHG said it was "very pleased to confirm that discussions have concluded and our proposal of an extended lease and enhanced board representation have been accepted by the Department of Health and the NMH board".

It added that it "has constantly sought to work with the NMH and Government to deliver a much-needed maternity hospital for the women of Ireland". 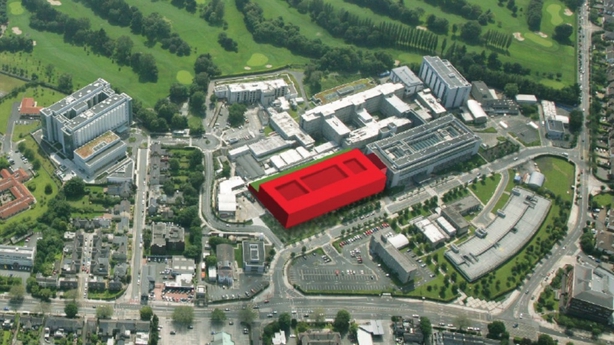 In 2013, it was announced that a new National Maternity Hospital would be built on the site of St Vincent's University Hospital in Elm Park in Dublin.

The facility is set to be built on land that will be owned by an independent charity, St Vincent's Holdings, and rented to the State via a lease.

Previously, the St Vincent's Healthcare Group had rejected calls to sell the site of the new National Maternity Hospital, saying that for the delivery of integrated patient care on the Elm Park campus, it must retain ownership of the site.

However, the new National Maternity Hospital building will be owned by the State forever.

Speaking in June, the Minister for Health said the Government's strong preference is for the State to have full ownership of the site in Dublin.

The former master of the National Maternity Hospital said the new proposals "do nothing" to resolve issues around the project.

Speaking with RTÉ News, Peter Boylan said: "There isn't a single example in the entire world of a catholic institution owning land and allowing a maternity hospital to perform procedures which are directly contradictory to catholic teachings, such as sterilisation and abortion".

Mr Boylan said these procedures are "all legal in Ireland but are not performed in catholic-owned hospitals in Ireland".

"Under the current iteration where St Vincent's will own the company running the new hospital, there's no way that clinical independence can be guaranteed and no politician can guarantee it either."

Minister of State Robert Troy said the Minister for Health Stephen Donnelly has "continually said he will not bring forward any proposal to Government unless he can be certain that all services that will be provided at the facility will be all legally permissible services and that he can be sure the State's investment is safeguarded beyond any reasonable doubt".