A new Sláintecare group, which will advise the Department of Health on Regional Health Areas, is expected to become operational next month.

It is understood the group will comprise of about six members, mostly from Sláintecare Implementation Advisory Council which will be discontinued in a couple of weeks.

The members will drawn from frontline health workers - nurses, doctors, and therapists - and will be charged with ensuring that the Regional Health Areas are working properly at a local level.

It is understood the minister hopes that by giving the new committee a more focused mandate it will enable the members to deliver results.

In a letter last night, Minister Donnelly said: "A number of members of the Sláintecare Implementation Advisory Council have kindly agreed to join this new group and I am hugely grateful."

Eddie Molloy, a current member of the Sláintecare Implementation Advisory Council has confirmed that he will be part of the new group, and described its establishment as "very constructive".

He said that it should help to accelerate a move to regionalisation.

Meanwhile, Liam Doran, a former General Secretary of the Irish Nurses and Midwives Organisation and member of the Sláintecare Implementation Advisory Council said he received a letter from the Health Minister thanking him, but has not been asked to participate in the new group.

Speaking on RTÉ's This Week, Mr Doran said he is "surprised but not disappointed" by Minister Donnelly's decision to set up the new group, adding that he does not think it will "put Sláintecare back on track".

He said while he wishes this new group well, he is concerned by its narrow focus.

Mr Doran said Minister Donnelly decided to "dispense" of the council's services and set up a group with a "one item agenda to monitor the regional health authorities".

"As important as it is, it is not the totality of Sláintecare ... that in itself is disappointing as well", Mr Doran added.

He said the concerns of those who have recently resigned from the council have not been addressed, adding that he believes there is still a need for the advisory council.

Mr Doran said he hopes that Minister Donnelly "notwithstanding his initial decision" will review it.

"The Minister has his prerogative ... nobody likes criticism and we have been critical in recent weeks of the pace and nature of progress."

He said the council has a meeting scheduled for tomorrow morning to finalise it's next steps.

Mr Doran said that he imagines the council will "redouble its efforts to inform government during the last three weeks of it's office, that there are still major difficulties with the reform programme".

Labour Spokesperson on Justice Brendan Howlin has said the Sláintecare Implementation Advisory Council was "determined to do its job".

Speaking on RTÉ's This Week Deputy Howlin said the Health Minister issued a " goodbye letter" to the council as he notified them of a new group being set up instead.

He said Sláintecare is a "once in a lifetime reconstruction" of the most fundamental of public services.

Gastroenterology Professor Anthony O'Connor announced he was quitting the Sláintecare Implementation Advisory Council on Friday, making him the third person to step down from the health service reform programme in recent weeks.

Laura Magahy, the full-time Executive Director of the programme, and Professor Tom Keane, the Chairperson of the Council, resigned last month. 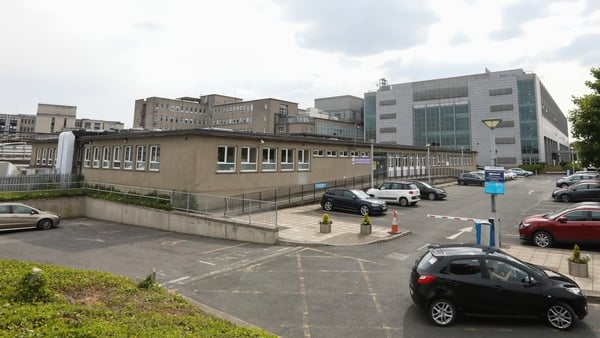