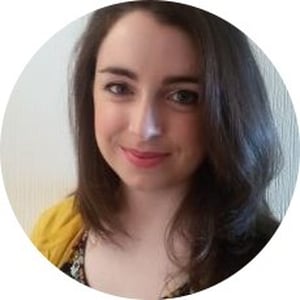 Tens of thousands of parents in Ireland search for childcare every year, but many say it is becoming increasingly difficult to secure places and afford fees.

Some parents say the situation is placing a burden on their finances and well-being, and are calling on the Government to do more to help.

Vicky Musitongo, 29, is due to begin studying at University College Dublin shortly, and said it is expensive to pay for childcare while she is in college.

According to Ms Musitongo, her local crèche near Firhouse in Dublin charges €1,200 per child per month.

Aside from the cost, she said securing a place anywhere is difficult.

"I have a 10-year-old son and a three-year-old daughter, and she's autistic, so has additional needs. And sadly some people just don't know how to meet those needs," she said.

Ms Musitongo said she has contacted many crèches to find a place for her daughter but is consistently told they are full.

She describes the situation as very frustrating.

"Sometimes I think, what's the point? But then I remember I'm trying to break barriers and change things. I'm thinking about my children."

Even for those in relatively well-paid employment, the cost can be a significant strain.

Jessica Traynor is a writer who lives with her husband in north Dublin. She has two children, aged four and seven months.

Her monthly childcare bill is €1,700, after the Government grants and subsidies she is entitled to.

The monthly crèche fee is higher than their monthly mortgage payment.

"I am using all of my income to cover crèche fees. There's nothing left over and there's going to be a shortfall this year, which thankfully we're able to cover from savings," she said.

She said the childcare system in Ireland presupposes the idea that one half of a couple will stay at home.

"It would be better for our finances if I quit my work. But I love my work, and I find it frustrating that now we're talking about this notion of changing the Constitution so that a woman's place is no longer in the home in the constitution.

"But actually all of the structures in society are kind of designed to keep us there."

On one hand, parents are struggling with costs, while on the other hand, childcare businesses are finding it more difficult to survive.

Nadjet Labreche, the owner of Flower Childcare in Clonskeagh in Dublin, hopes the Government's National Childcare Scheme will make crèches more affordable for families, but said businesses like hers are facing increasing expenses every year.

She said: "If you go into details, you are paying rent, insurance, staff. Lots of costs are hidden."

Ms Labreche also said recruiting qualified staff is a huge issue across the sector at the moment.

"In many crèches, people won't go back to work because they are receiving the Government Covid unemployment payment. Something needs to be done to encourage people to go back to work," she said.

Ireland has some of the highest childcare costs in the EU.

Read more:
Childcare should be seen as an essential public service - ICTU
A third of childcare facilities could close over failure to recruit qualified workers

Donal Coffey and his family moved back to Dublin from Frankfurt last year, and experienced the difference between Ireland and Germany.

"There was a statutory right for every child to have a kindergarten place, and it was much, much cheaper," he says.

In Frankfurt, Mr Coffey and his wife paid €230 for their two children per month, which included the cost of nappies and food.

He says they were fortunate to find childcare arrangements in Dublin, but are now paying around €1,500 per month.

The Department of Children has committed to increasing funding for childcare, but for parents like Vicky Musitongo, change cannot come quick enough.

"It needs to be more about the kids and less about the money," she said.

"The Government needs to increase subsidies and open more crèches."

Ms Musitongo describes the situation as disheartening but is determined her childcare struggle will not stop her from attending college.

She said: "Sometimes I think, what's the point? But then I remember I'm trying to break barriers and change things. I’m thinking about my children."