The funeral has taken place of the mother and two children who were found dead in a house in Rathfarnham in South Dublin last week.

The bodies of 37-year-old Seema Banu, her 11-year-old daughter Asfira and her 6-year-old son Faizan were brought to the Mosque in Clonskeagh this morning. 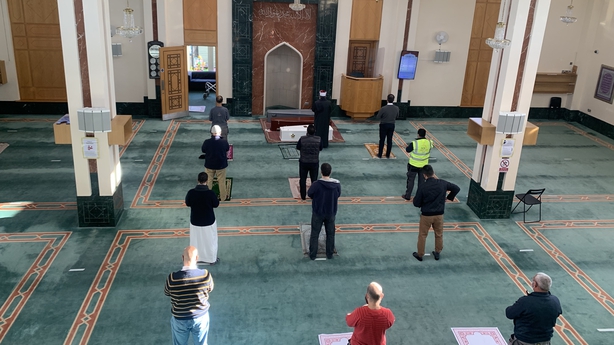 After final rituals were carried out on their bodies, a funeral prayer was delivered by Imam Hussein Halawa.

Following the brief service, Seema, Asfira and Faizan made their final journey to Newcastle cemetery in South Dublin where a small number of mourners watched on as the mother and her two children were laid to rest in the muslim burial plot.

In Mysore in Southern India, the family of the deceased gathered to watch a live stream of the proceedings. 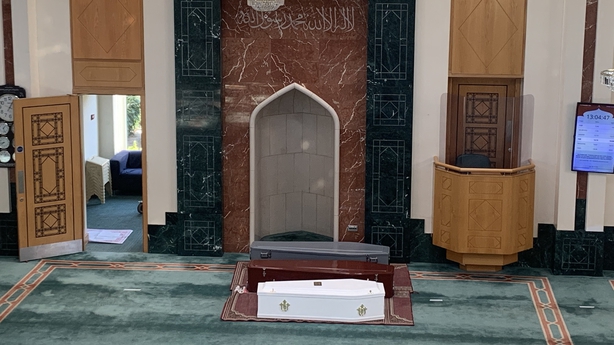 Last week they told RTÉ News that they wanted the bodies of their loved ones returned to India.

But today they said they accepted that was not possible and that they were happy the authorities here were taking care of the service.

It is understood the Indian Ambassador to Ireland and some contacts of the family in India attended the ceremony.

A murder investigation into the deaths of Ms Banu and her two children is continuing.

Their bodies were discovered in the house in Llewellyn Court in Rathfarnham on 28 October.

The post-mortems examinations established the cause of their deaths as strangulation.

Gardaí are satisfied the two children were murdered, but they have yet to establish how Ms Banu sustained her fatal injuries, and who was responsible for the deaths of all three.