Ireland ranks tenth out of 15 comparable EU countries for progress made towards achieving the UN Sustainable Development Goals according to an analysis published by Social Justice Ireland.

The Sustainable Development Goals (SDGs) are a collection of 17 global objectives set by the United Nations in 2015 dealing with issues including poverty, hunger, health and well-being, education, equality, sanitation, climate action, peace and justice and more.

The Social Justice Ireland report ranks Ireland last out of 15 European countries for progress on environmental goals reflecting the country's poor progress to date on achieving our climate change targets.

Dr Seán Healy of Social Justice Ireland said it should be recognised that Ireland is performing well in many areas but that addressing the complexities of sustainable development requires a joined-up thinking approach.

What is required he said is a balance between economic and social progress while sustaining the planet's environment and resources and combating climate change.

The report ranks Ireland as 11th out of the 15 countries on the economic goals. It says that although Ireland scores highly on GDP per capita and unemployment, our economic score is brought down by issues such as low pay, the proportion of youths not in employment, education or training.

It ranks Ireland in the middle, at 7th, when it comes to the social policy related goals in areas like education, peace and justice, poverty, inequality, gender equality and health and well-being.

In terms of Ireland's strengths, the report finds that it is in the top third for just two Sustainable Development Goals.

Ireland does well on SDGs relating to Quality Education (SDG 4) and Peace and Justice (SDG 16). On these Ireland is ranked 2nd and 5th respectively.

Ireland has a good reputation internationally for quality education, and skilled graduates are in high demand. It is also regarded as a relatively safe place to live with reasonably good, transparent, effective and accountable institutions.

Regarding weaknesses, the report says that SDGs reflecting the environment present an unfavourable picture of Ireland.

Pressing sustainability issues that need to be addressed include by a poor ranking on Affordable and Clean Energy (SDG 7), Responsible Consumption and Production (SDG12), Climate Action (SDG 13), and Life below Water (SDG 14). 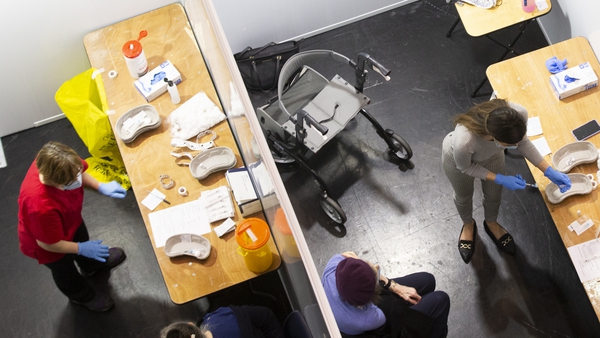