Records that were lost following the fire at the Four Courts in 1922 are to be recreated through virtual reality, under a new scheme being announced today.

The fire happened during the Civil War and resulted in the destruction of the Public Record Office of Ireland and the loss of centuries of historical, genealogical and administrative records.

It seeks to re-imagine and re-create, through virtual reality, the archival collections that were lost. 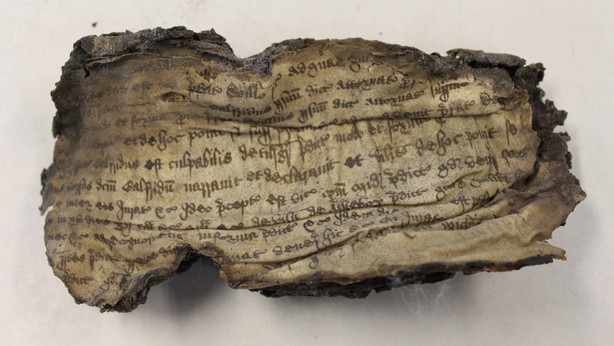 The project is supported by the Government through a capital grant funding allocation of €2.5m from the Department of Culture, Heritage and the Gaeltacht, under Project Ireland 2040.

An immersive, three-dimensional, virtual reality model of the digitally reconstructed Public Record Office of Ireland will be launched in June 2022 to mark the centenary of the fire.

Director of Beyond 2022 Dr Peter Crooks said: "The Four Courts blaze of 1922 was a national tragedy, but thankfully all is not lost.

"Beyond 2022 combines virtual reality and big data to recover from the losses of 1922 to a greater extent than ever previously imagined.

"The scale of copies and duplicates we have identified in other archives is astounding.

"We are already working with over 35 libraries and archives in Ireland, the UK and US. And this is only the beginning."