The Taoiseach has apologised "for the humiliation, the disrespect and deceit" shown to the women and family affected by CervicalCheck controversy.

Speaking in the Dáil, Leo Varadkar apologised for the "litany of failures" in how cervical screening in Ireland operated over many years.

More than 1,000 women and families have been affected by the CervicalCheck crisis.

The failures first came to light in April last year, with the settlement in the Vicky Phelan High Court case.

The screening service failed to tell women their original slides had been reviewed and that some women may have benefited from earlier care.

Since the issue became public, a number of women have died and a full report on many of the women affected is awaited from a team in Britain.

All of the women in the CervicalCheck crisis knew they had cervical cancer, but a key question is how many original slides were incorrectly read.

In delivering the apology, Mr Varadkar said he did so having listened to many of those affected and guided by the Scally Inquiry report.

"What happened to so many women and families should not have happened. While every case was not negligence, every case was a lost opportunity for an earlier diagnosis and treatment.

"It was a failure of our health service, State, its agencies, systems and culture."

The 221+ group representing many of the women has said today is a significant day, and described the apology as a "watershed moment".

Around 150 women, family and friends affected by the CervicalCheck were the Dáil to hear the State apology.

Key members of the 221+ group, Ms Phelan, Stephen Teap and Lorraine Walsh, were also in the Dáil chamber.

The author of two reports into the CervicalCheck controversy said the issuing of a formal State apology is "a momentous step and quite unprecedented."

Dr Gabriel Scally said there was a "complete failure from top to bottom" in the cervical screening programme and that some of the women and their relatives had been treated "appallingly badly".

Speaking on RTÉ's Morning Ireland, he said it has been a disturbing episode in health care and it was quite proper that the Taoiseach makes the apology.

He said he was satisfied that his recommendations are being implemented and gave credit to the Health Service Executive for the efforts it is putting in, but added that there is "plenty more to do" and efforts must go into the introduction of screening for the HPV virus. 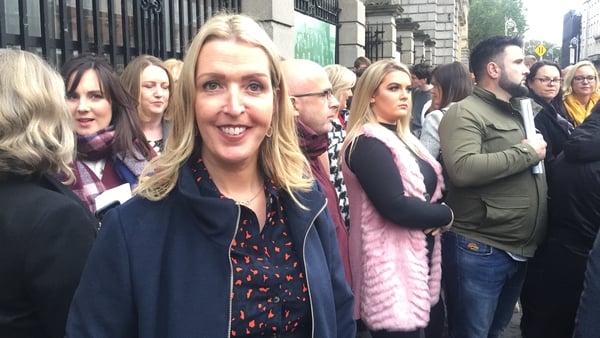