The Inspector of Mental Health Services has said it was "quite astounding" that the State had failed to provide adequate rehabilitation services in the sector.

Dr Susan Finnerty blamed the long-term neglect of people with severe and enduring mental illness for creating a "revolving door" admissions practice to the detriment of service users, their families and the public finances.

The Inspector's report on rehabilitation and recovery in the Health Service Executive's Mental Health Services states that, despite advances in treatments and investment in community-based services over recent decades, some people continue to present with particularly complex problems requiring longer-term care.

Dr Finnerty says that the HSE has 23 rehabilitation teams - just under half (48%) what official policy requires - and that those "dedicated, creative and hard-working" teams are staffed at just over one third (35%) of their recommended levels.

She notes that the inaccessibility of rehabilitation services deprives people with enduring mental illness of any prospect of reaching their full potential individually, socially, in the workplace, in education, or in appropriately supported housing and that individuals facing these challenges expressed frustration and anger at being stuck in an unresponsive system.

She blames the State's long-term neglect of rehabilitation for the repeated admissions of such people to inpatient units followed by discharges and re-admissions when things break down again, a pattern she describes as counterproductive for both the people concerned and the already severely under-resourced acute psychiatric services.

The report also states that, until recently, there were no specialised inpatient rehabilitation units in Ireland.

It recalls that two independently run facilities have been opened in Dublin and Cork, and that the HSE pays for beds there and makes them available to all public patients.

Dr Finnerty underlines that this had the immediate result of placing some people with enduring mental illness outside their home areas.

Chief Executive of the Mental Health Commission, John Farrelly, criticised the practice, noting that since it was implemented a number of years ago by the UK's National Health Service, it had been severely criticised internationally by regulatory bodies, by the Royal College of Psychiatrists, and by a number of mental health organisations. 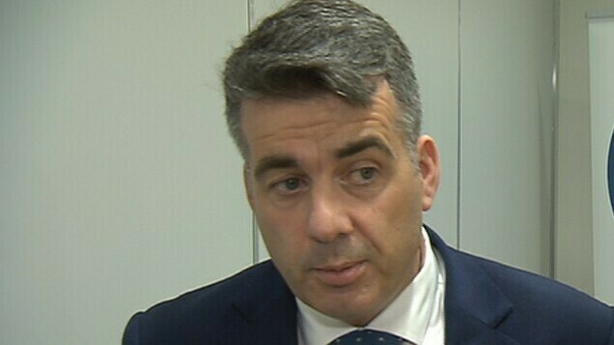 The Commission is the statutory regulator of the sector.

Mr Farrelly underlined the Inspector's observation that moving people far from their home, away from loved ones and their treating team for periods of up to two years, has a detrimental impact on continuity of care and effective discharge planning.

His statement continued: "It is very disappointing and troubling to see that the Inspector found an attitude of 'out of sight, out of mind' among some of the referring teams and senior management in the HSE. Her report states that it was difficult to ascertain exactly what arrangements were in place for discharge from the specialist rehabilitation inpatient units back to the person's local service".

Mr Farrelly said the gaps in the provision of mental health rehabilitation are "quite astounding and have the potential to cause a future scandal".

Speaking on RTÉ's Morning Ireland, he said that around 14 out of every 100 people who enter mental health services will develop severe and enduring mental illness and will need specific support and help in order to recover.

Mr Farrelly said: "The way that we want to see things done is that Government policy is applied and applied properly. It's not an à la carte menu and it's something that should be monitored by the department and people should be held accountable.

"At this moment in time, there are people in units around this country, in beds, that don't need to be there, because we don't have the community rehabilitation services. So it's bad for the patient, but it's also bad for the public purse and it just doesn't make any sense.

"A policy is just a piece of paper, it's absolutely useless unless it's implement and monitored."

Dr Finnerty's report also highlighted the long-term impact of inadequate rehabilitation services for current service users, stating that if an appropriate rehabilitation service was not initiated, then people will likely remain in continuing care or overly supported accommodation, with the consequent de-skilling and increased institutionalisation that this brings.

It added that others would be left with families, often with ageing parents, many of whom will not be able to provide the support and care needed and that a small but significant number would remain in inappropriate acute inpatient care, unable to move to community living.

She said that to date these had not been provided to an acceptable level.

"In the end, the lack of provision of mental health rehabilitation is a human rights issue," she said.

The Mental Health Commission has written to the HSE seeking an action plan to address the concerns raised in the report.

The HSE has welcomed the report, and said it recognises that more rehabilitation services are needed, particularly for those with severe and enduring mental illness within communities where service-users live.

In a statement, the HSE said it is committed to improving services, within the resources available.

The HSE launched a new 'model of care' for people with severe and enduring mental illness and complex needs in September of this year, which made 35 recommendations for the development of a range of rehabilitation and recovery services.

It said work is progressing on these recommendations.