British Prime Minister Boris Johnson has told Taoiseach Leo Varadkar that the Common Travel Area will not be affected by the ending of freedom of movement after Brexit.

The two leaders spoke by telephone for more than an hour.

The talks were dominated by Brexit and the issues surrounding the Withdrawal Agreement, particularly the backstop.

Mr Johnson's comments on the Common Travel Area come after a Downing Street spokesperson said Britain would immediately end freedom of movement for people from the European Union after Brexit on 31 October.

The Common Travel Area, which pre-dates both countries' EU membership, allows Irish and British citizens to move freely and reside in either jurisdiction.

They also enjoy associated rights and entitlements, including access to employment, healthcare, education, social benefits, and the right to vote in certain elections.

The two leaders have also agreed to meet in Dublin next month.

"The Taoiseach reiterated the EU27 position that the Withdrawal Agreement cannot be reopened, and emphasised the importance of the legally operable guarantee to ensure no hard border and continued free trade on the island of Ireland.

"The Prime Minister made clear that the Common Travel Area, which long predates the UK and Ireland joining the EU, would not be affected by the ending of freedom of movement after Brexit.

"They agreed that their teams would maintain close contact over the coming weeks, while recognising that negotiations take place between the UK and the EU27 Task Force.

"They also agreed to meet in Dublin in early September."

Read more:
UK to end EU free movement immediately after Brexit
Ibec warns economic growth could half in event of no-deal Brexit
Varadkar and Johnson to meet for talks on Brexit
Talks to work out date for Varadkar-Johnson meeting

Mr Johnson has written to EU Council President Donald Tusk outlining his opposition to the backstop element of the Withdrawal Agreement.

In his letter, Mr Johnson said his government's "highest priority" remains to leave with a deal, but this could not happen if the backstop remains part of the Withdrawal Agreement.

He added: "It is anti-democratic and inconsistent with the sovereignty of the UK as a state.

"The backstop locks the UK, potentially indefinitely, into an international treaty which will bind us into a customs union and which applies large areas of single market legislation in Northern Ireland.

"The treaty provides no sovereign means of exiting unilaterally and affords the people of Northern Ireland no influence over the legislation which applies to them."

Mr Johnson said he was committed to ensuring there was no return to a hard border on the island of Ireland.

He proposed "flexible and creative solutions to the unique circumstances on the island of Ireland".

He added: "I propose that the backstop should be replaced with a commitment to put in place such arrangements as far as possible before the end of the transition period, as part of the future relationship.

"I also recognise that there will need to be a degree of confidence about what would happen if these arrangements were not all fully in place at the end of that period.

"We are ready to look constructively and flexibly at what commitments might help, consistent of course with the principles set out in this letter."

Mr Johnson acknowledged that "time is very short", but said "the UK is ready to move quickly, and, given the degree of common ground already, I hope that the EU will be ready to do likewise".

The reception from Government circles to Mr Johnson's letter is understood to have been frosty.

According to Government sources: "We reject the assertion that the backstop risks weakening the GFA.

"The very purpose of the backstop is to maintain the status quo, by ensuring free movement and no hard border on the island of Ireland; which is central to the GFA. The reality is Brexit itself is a threat to the GFA.

"Unfortunately this letter does not set out what the so-called 'alternative arrangements' could or would be.

"Unless and until there are viable alternatives, the need for the backstop insurance policy is clear."

Mr Johnson is due to discuss Brexit with French President Emmanuel Macron and German Chancellor Angela Merkel later this week.

He will attend a G7 Summit in Biarritz at the weekend.

Mr Johnson has consistently said that "under no circumstances" will there be a hard border on the island of Ireland.

He has insisted that the issue would be resolved in a free trade deal after Brexit.

However, Mr Varadkar has maintained that the issue of the border must be resolved before trade talks can begin. 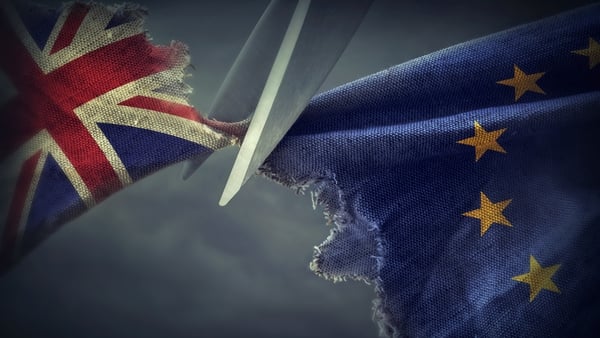