A post-mortem examination is to be carried out tomorrow on the body of Nóra Quoirin, whose remains were found in a rainforest in Malaysia.

The 15-year-old disappeared ten days ago from the Dusun rainforest resort about 70km south of Malaysia's capital, Kuala Lumpur.

Her body was today discovered by volunteers near a stream, around 2km from the resort.

Nóra's body was taken by helicopter to a local hospital where she was identified by her parents. 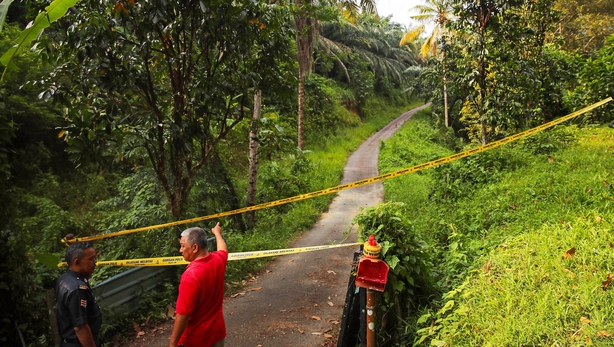 Police in Malaysia have asked for privacy for the family at this time.

The Lucie Blackman Trust, which is assisting the Quoirin family, also called for privacy for the family, and said that it will continue to support them.

President Michael D Higgins has expressed his sympathy to the Quoirin family.

In a statement, he also thanked the Malaysian authorities and volunteers for their help during the search for Nóra.

Taoiseach Leo Varadkar expressed his condolences with the Quoirin family, who he said has experienced every family's worst nightmare.

Our thoughts & sincere condolences are with Nóra Quoirin's parents, siblings & wider family at this unimaginably difficult time. They have experienced every family’s worst nightmare. I’d like to pay tribute to everyone who searched for Nora. May she rest in peace.

Tánaiste and Minister for Foreign Affairs Simon Coveney said "all of our thoughts and prayers are with the family" at this harrowing time.

Irish + French embassies in Malaysia working together to provide every assistance to the Quoirin family. Irish embassy is in touch with Malaysian authorities on today's discovery of a body. At this harrowing time all of our thoughts + prayers are with the family.

Nóra's mother Meabh, who is from Belfast, made a heartfelt appeal yesterday to find her daughter.

She said: "Nóra is our first child. She has been vulnerable since the day she was born.

"She is so precious to us and our hearts are breaking. We are appealing to anyone who has information about Nóra to help us find her."

The family, who live in London, had arrived at the Dusun resort on the day before Nóra went missing.

Meabh and Sebastien Quoirin, a French-Irish couple who have lived in London for 20 years, had thanked those looking for their daughter, as well as those involved in fundraising.

Volunteer hikers and even reportedly a shaman were among those to have joined the search for Nóra, who was born with the brain defect holoprosencephaly and has special needs.

The family had offered a reward of more than €10,000 for information on Nóra's whereabouts.

The money was donated by an anonymous Belfast-based business.

A body of a female has been found in the search for Nóra. We are en route to the police station to find out more during what it can only be such an agonising time for the family. pic.twitter.com/w1dgqZEA4k 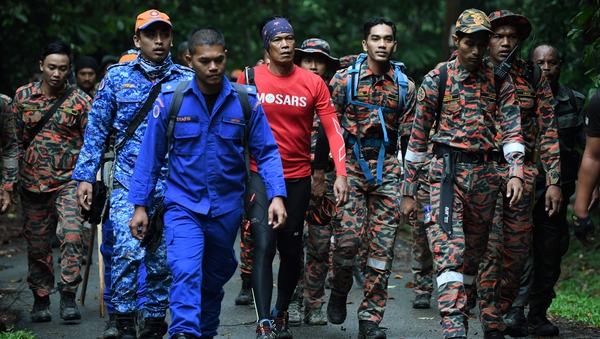