Open golf champion Shane Lowry will return to his native Clara, Co Offaly at 6pm tomorrow for a homecoming celebration after his win at Royal Portrush yesterday.

The 32-year-old Offaly man won the tournament by six shots ahead of Tommy Fleetwood of England.

In an announcement this evening, Clara GAA Club has said Shane, who is the joint club president, will be greeted by the public on the green in Clara.

The club said the Birr singer and performer Mundy will be playing ahead of the homecoming with Mullingar impressionist Conor Moore.

And the MC for the event will be the RTÉ Sunday Game anchor Des Cahill.

President Michael D Higgins described Lowry's win as both a personal and historic victory, saying he had brought pride and joy not only to sports fans around Ireland but to the Irish everywhere.

Tributes and praise flowed in from across the golf and sporting worlds, with 18-time major winner Jack Nicklaus among those to hail Lowry's achievement.

Its fair to say the craic was had ???? pic.twitter.com/K1jdqBbrfE

Lowry said he will give the famous Claret Jug pride of place on his kitchen table after his emphatic victory.

Harrington was Lowry's hero growing up and the two men have become good friends since Lowry turned professional after winning the 2009 Irish Open as a 22-year-old amateur.

"I suppose I didn't even know going out this morning if I was good enough to win a major," Lowry said.

"I just went out there and tried to give my best. And look, I'm here now, a major champion. I can't believe I'm saying it, to be honest.

"I think the people around me really believed that I could, which helped me an awful lot. I do remember a lot of times in the past when I'm down on myself and had serious chats with my coach Neil (Manchip), he always reminded me, he always said that I was going to win one, at least one, he said.

"I grew up holing putts back home to win The Open. I watched Paddy win his two Opens. I didn't even know him back then. I'm very good friends with him now.

I wonder will Iris want to put ladybirds in the claret jug @TheOpen @ShaneLowryGolf pic.twitter.com/wLbcaCOBDw

Three years after failing to convert a four-shot lead in the US Open at Oakmont, Lowry took the same advantage into the final round at Portrush and almost lost most of it on the opening hole.

"I had a nice healthy lead going out and I hit a ropey tee shot on the first," he said.

"Then you're standing on the first green, Tommy has a great chance of birdie and I'm putting for bogey from eight feet.

"There's a potential three-shot swing. He misses, I make, and there's only one shot difference. Then when I was struggling around the turn I had a look at a few leaderboards and saw everyone else was struggling too and that settled me a lot."

With none of the chasing pack able to mount a charge, Lowry recovered from three bogeys in the space of four holes from the eighth with a crucial birdie on the 15th and was able to savour the walk down the final hole before embracing his wife Wendy, daughter Iris and parents Bridget and Brendan on the 18th green.

Lowry fought back tears as he thanked his parents during the presentation ceremony, adding: "They sacrificed so much for me when I was younger and I'm so happy that I can hand them this trophy." 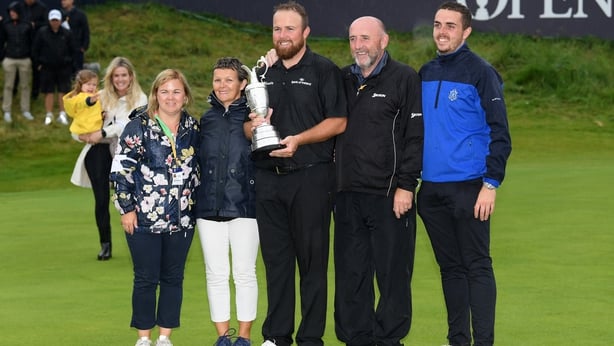 The manager of the golf club where Lowry started playing has paid tribute to the newly-crowned Open champion, saying he will be "remembered in Esker Hills for ever more".

Ray Molloy said he was "so pleased, so excited" Lowry's victory.

"When he won the Irish Open in 2009 it was great, but yesterday he reached the top of the game and we are so proud of him, so delighted with him," he said, adding his voice was "a little bit gone" after just two hours sleep.

Minister for Sport Shane Ross has said that the homecoming arrangements for Lowry are up to the people involved.

However, he added that his department is more than happy to fund any appropriate acknowledgment and no funds will be with held for what he considers a national celebration.

Speaking on RTÉ's Today with Miriam, he said that whatever Shane Lowry wants he will certainly get.

Mr Ross said his department was standing ready and willing to acknowledge in any way that is appropriate what he has done for Ireland, and done for the island of Ireland. 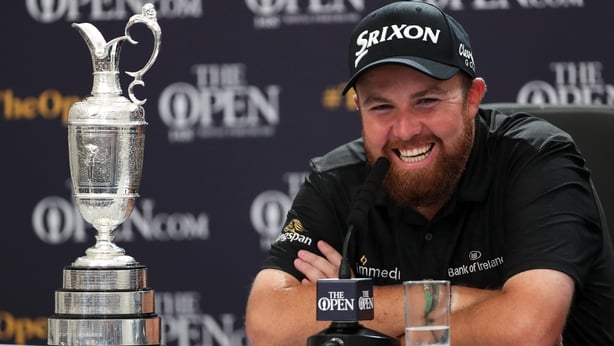 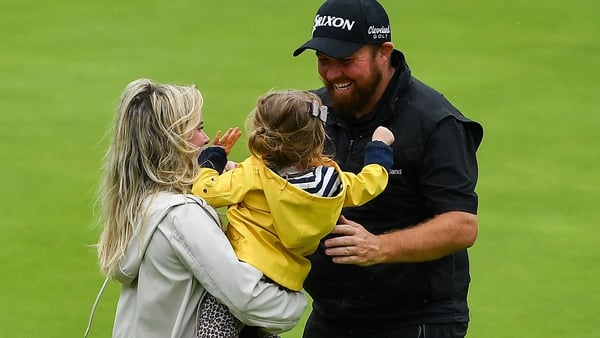 'I'm going to be coming back to play another 27 Opens'