The European Commission has circulated a document that explores in detail the scale and breadth of all areas of north-south cooperation that will potentially be disrupted by Brexit.

The document, which is due to be published shortly but has been seen by RTÉ News, highlights how both EU and UK handled the issue of north-south cooperation and the role it played in the development of the Irish backstop during the negotiations.

The paper has the potential to strongly undermine the arguments that the Irish border dilemma can be solved by technology alone, as it points to a broad range of cross-border activity that goes well beyond the technical and fiscal aspects of customs and single market regulations.

The ten-page document, which has been circulated to 27 member states, traces the evolution of the so-called mapping exercise, which the EU's chief negotiator Michel Barnier asked London to embark upon when Brexit negotiations got under way in June of 2017.

According to the so-called working paper, during the mapping exercise "it was consistently recognised that virtually all areas of north-south cooperation are predicated on the avoidance of a hard border, including related customs or regulatory checks and controls".

During the summer of 2017, UK officials working with the Northern Ireland civil service drew up a list of 145 areas of north-south cooperation under the Good Friday Agreement.

In the autumn of that year, European Commission, British and Irish officials went through all the areas of cooperation to examine where they might be disrupted by the withdrawal of EU law from Northern Ireland.

The report explains: "The [mapping] exercise included cooperation directly underpinned by EU legal and policy frameworks, as well as areas not underpinned or reliant on European Union law or policy, and reflecting a range of formal and informal cooperation that occurs between Northern Ireland and Ireland."

1/ The report spells out the scale and breadth of North-South cooperation under the GFA which would be either explicitly or implicitly disrupted by Brexit. As such it is a timely reminder of why the Backstop is not just about tariffs and single market regulations...

According to the document, all parties to the mapping exercise "fully recognised that cooperation must be seen in the context of the commitments made in the [Good Friday] Agreement".

The work done during the mapping exercise eventually found expression in the Joint Report of December 2017 and the Irish protocol in the Withdrawal Agreement, which enshrines the backstop.

The working paper insists that protecting north-south cooperation and avoiding a hard border – both of which the UK promised to protect and uphold – were essentially one and the same thing.

The paper recalls Paragraph 49 of the Joint Report between London and Brussels, which states that "the United Kingdom remains committed to protecting north-south cooperation" and that "any future arrangements must be compatible with these overarching requirements".

The European Commission Working Paper says these requirements were about "both protecting such cooperation and the guarantee to avoid a hard border".

The paper adds: "The findings of the mapping exercise fed into the subsequent preparation of the draft protocol on Ireland/Northern Ireland to the Withdrawal Agreement endorsed by the European Council and the UK government on 25 November.

"The protocol sets out an overall framework to avoid a hard border and protect north-south cooperation."

The Withdrawal Agreement, which has been rejected three times by the House of Commons, includes Article 13 of the Irish protocol, which spells out the connection between the backstop and preserving north-south cooperation.

The article states: "This protocol shall be implemented and applied so as to maintain the necessary conditions for continued north-south cooperation, including in the areas of environment, health, agriculture, transport, education and tourism, as well as energy, telecommunications, broadcasting, inland fisheries, justice and security, higher education and sport."

The mapping exercise looked at the scale of north-south cooperation as enshrined in Strand 2 of the Good Friday Agreement (GFA).

The European Commission paper explains that such cooperation included the creation of the North-South Ministerial Council (NSMC), bringing together the Dublin and Northern Ireland Executive "on matters of mutual interest".

The NSMC has 12 areas agreed areas of north-south cooperation under its work programme. 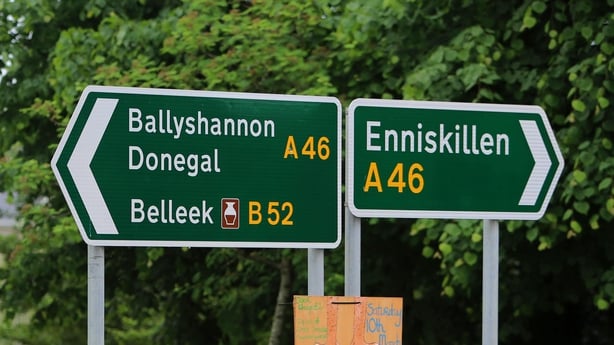 The Good Friday Agreement also set up north-south implementation bodies, Tourism Ireland Limited, "and other areas of cooperation that have developed since the agreement".

The report states that in parallel to the formal NSMC cooperation, other spheres of mutual activity included energy, telecommunications and broadcasting, justice and security, higher and further education, arts, culture and sport, and inland fisheries.

The report describes a number of other "cross-cutting issues", which would be undermined by Brexit.

These include "data protection, including personal data … public procurement; state aid rules; health and safety and employment frameworks; access to EU funding; the provision of and access to services; divergence in legislative and regulatory regimes; divergence in scientific opinion informing policy and legislation; and the mutual recognition of professional qualifications".

The report states that the mapping exercise did not deal with customs and regulatory issues explicitly.

"However," the report continues, "it was consistently recognised that virtually all areas of north-south cooperation are predicated on the avoidance of a hard border, including related customs or regulatory checks and controls.

"Similarly, it was acknowledged that the free movement of people underpins many areas of north-south cooperation, as well as access to services on both sides of the border. The continuation of the Common Travel Area between Ireland and the UK is therefore vital in this regard."

The report concludes that although some areas of cooperation would be more affected by Brexit than others, those less affected were nevertheless supported by mutual EU membership on both sides of the border.

It states: "Many areas of north-south cooperation have either expressly relied upon or have been significantly enabled by the overarching EU legal and policy framework and the implicit assumption that both Ireland and the UK would remain EU Member States.

"North-south regulatory alignment supports the effective operation of all of the implementation bodies."

The UK published a bare bones version of the mapping exercise last December, listing the 145 areas of north-south cooperation under the Good Friday Agreement.

However, the European Commission's report spells out more explicitly how preserving north-south cooperation informed the Joint Report and the Withdrawal Agreement, and its backstop provisions. 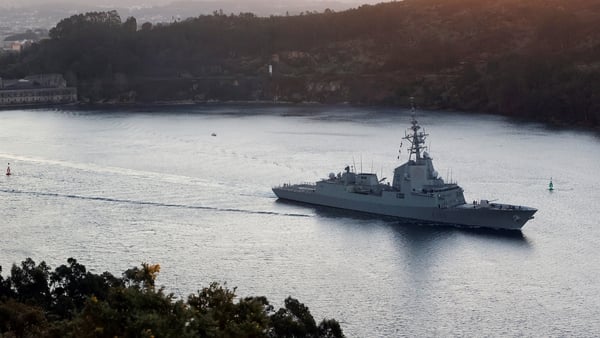