A mass has taken place at the Pro-Cathedral in Dublin in memory of the victims of the Easter Sunday bombings in Sri Lanka.

The attacks by suicide bombers at a number of churches and luxury hotels last Sunday killed 253 people.

President Michael D Higgins was among those who attended, while Taoiseach Leo Varadkar was represented by his Aide-de-Camp, Commandant Caroline Burke.

Members of the Sri Lankan community living in Ireland also attended along with Honorary Consul General of Sri Lanka to Ireland Darina Allen.

Addressing the congregation, Archbishop of Dublin Diarmuid Martin said everyone has been left shocked at the violence that hit the country.

A Book of Condolence has been opened in St Mary’s Pro Cathedral, which President Higgins signed ahead of this morning's mass. 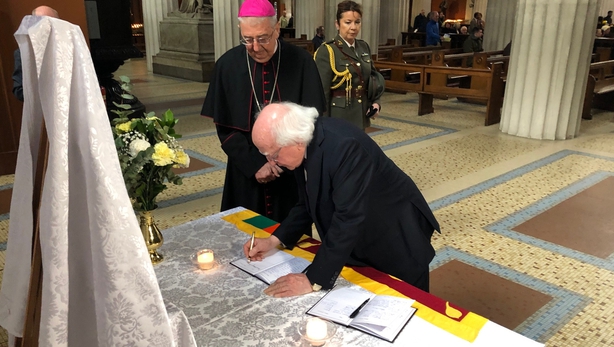 The chair of the Irish Muslim Peace and Integration Council has also condemned the attacks in Sri Lanka.

Speaking at Christchurch Cathedral, Shaykh Dr Umar Al-Qadri said: "The perpetrators of these heinous attacks are enemies of humanity."

He added: "In this extremely difficult time for the Christian community across the world, we stand in solidarity with our Christians brothers and sisters everywhere. An attack on any place of worship is an attack on the way of life of faith communities and therefore an attack on all of us."

Dr Umar Al-Qadri also said the "reprehensible acts, committed by those who are driven by hatred, aim to create fear and division in communities".

He said those behind the attacks on Easter Sunday had "trampled on the teachings of Islam" and had committed blasphemy under Islam by attacking a place of worship.

Archbishop Eamon Martin has also reflected on the tragic events in Sri Lanka.

In his homily given at Saint Patrick's Cathedral in Armagh he said it was "heartbreaking" to think that Sri Lankan worshippers were unable to gather for mass today because their lives were at risk.

"These atrocities remind us of the life-threatening conditions of our fellow Christians in many parts of the world," he added. 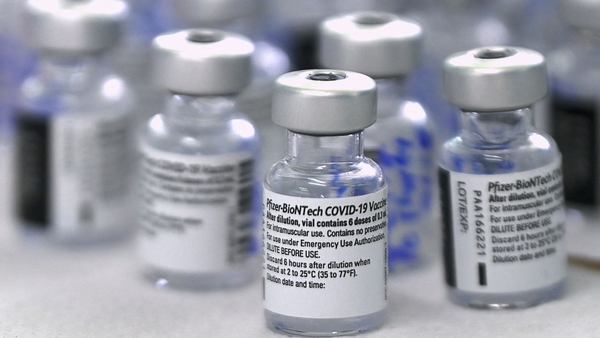