The Irish Grand National first began in 1870 and since then has created many great sporting moments.

It is a handicap steeplechase run over 3 miles and 5 furlongs, with the field jumping 23 fences in order to win the biggest prize in Irish national hunt racing.

The first winner of the race was a horse called Sir Robert Peel, winning 167 sovereigns, compared to the prize money of €500,000 that is on offer this year.

The race is affectionately known as ‘The Race of the People’ due to the fact that anyone can enter their horse in the race and win it against many of the top trainers.

In 2012, the 33/1 shot Líon na Bearnaí won it for a small syndicate of tradesmen and trained by a young novice trainer called Tom Gibney.

Just a year later, 50/1 Liberty Counsel won the race. The horse was rained out of a small yard in Mullingar, Co Westmeath by a woman called Dot Love.

"Dot Love from Mullingar winning with Liberty Counsel, Líon na Bearnaí for Tom Gibney and then of course the Cooper family syndicate winning with Our Duke two years ago. It’s a race that everyone has a good chance of winning."

The late trainer Tom Dreaper holds the best record in the race, winning it ten times with ten different horses.

Among these was Arkle in 1964, a horse that became a household name after carrying 2½ stone more than his nearest rival. 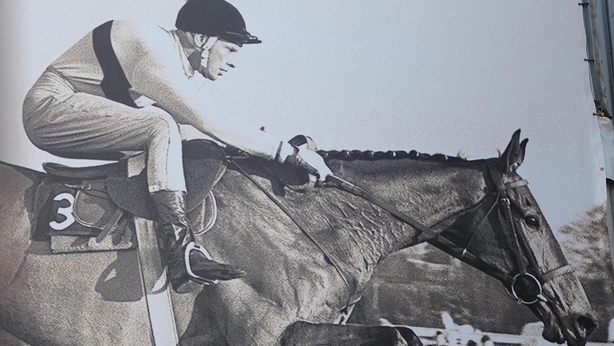 "My father trained lots of winners. Way back he had seven Grand National winners in a row and great horses like Ankle and Flying Bolt won," he said.

"Now we’re local, we’re only six or seven miles away from here as the crow flies, so it was always a huge thing in our life. But increasingly, nationally it’s a big thing."

The final line up of horses for the race will be confirmed over the weekend, but Tout Est Permis is expected to be among the final 30.

Owned by Noel Meade, he will be ridden by Sean Flanagan.

"He’s only come to us, this is his first season with us. He’s owned by Gigginstown House Stud and we’ve had a very good year with him. It’s his first run in a little bit and he seems to be in good form and it’s brilliant to be coming here to the Irish Grand National and have a chance.

"From the earliest memory I have of racing, I’ve wanted to race in the Grand National. It’s a very prestigious race, you have all the grand nationals, but the Irish one is the one all the Irish lads want to win" he said.

"You see all the lads that win it, they say it’s unbelievable, for me to win an Irish Grand National would be a dream good true," he added.

The importance of the race to Fairyhouse and Irish racing is seen in the fact that 11 people are employed at Fairyhouse, but this increases to 1,000 at the venue all through Easter weekend.

Around 25,000 people will come through the turnstiles over three days of the Easter Festival, with 1,000 visitors coming from the UK, helping the festival to generate about €4m for the local economy.

There will be 5,000 litres of water used over the weekend to cool the horses. There will be 55 men on the track walking back the divots and preparing the track for each day of racing.

More than 21,000 individual birch sticks are used to construct the fences. The race takes place at 5pm on Monday evening.