The father of Deirdre Jacob, who went missing from Newbridge, Co Kildare more than twenty years ago, has said he hopes the passage of time will allow people with information about her disappearance to come forward.

Deirdre Jacob was last seen outside her house on the Barretstown Road, Roseberry, outside Newbridge at around 3pm on Friday 28 July 1998. She was 18 years old at the time.

Last year, gardaí reclassified the investigation into her disappearance as a murder case.

Speaking on RTÉ's Ray D'Arcy Show, Michael Jacob said the family retain hope that there is at least one person out there with information about her disappearance.

He said that sometimes lifestyles change and people who have held back information, for whatever reason, may now be in a position to come forward. 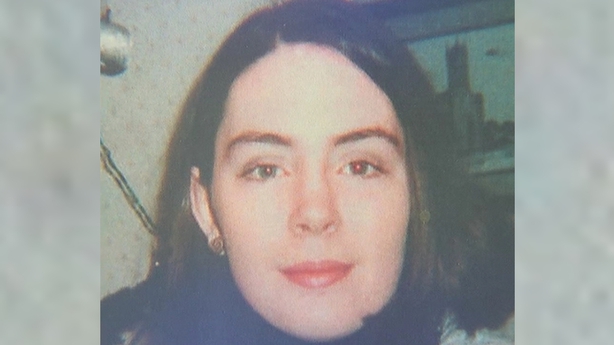 "These people are 20 years older and maybe much more mature and can look at things in a different light," he said.

Mr Jacob said any information, large or small, may help with solving the case.

"I describe this investigation as a giant jigsaw with pieces scattered around and it will only become clear when those pieces are put together," he said.

Mr Jacob said that since visually enhanced CCTV footage was shown on RTÉ's Prime Time last week a number of calls have been made to the incident room in Kildare dealing with the case.

He said that with advances in technology, what was once grainy footage has been made clearer and now background images can be identified.

Chief Superintendent Brian Sutton has said that digital analysis of this footage is continuing and is an important element of the investigation.

"There has been a very good reaction" to the programme, Mr Jacob said.

"The incident room at Kildare remained open quite late [last Thursday]. A good number of calls came in and they have been coming in since."

Making a further appeal on radio today, Mr Jacob once again called for people to come forward with information.

He said that he, his wife Bernadette and their daughter Ciara, who was 14 when Deirdre went missing, continue to hold on to a glimmer of hope.