Gardaí investigating the disappearance of Kildare teenager Deirdre Jacob 20 years ago have begun a murder investigation.

The reclassification of the case follows a review of the investigation and new information received by gardaí.

Extensive searches were carried out after Deirdre was reported missing.

She was last seen walking along the Barretstown Road, Roseberry in Co Kildare from the Newbridge direction.

She was carrying a black canvas bag with a yellow Caterpillar (CAT) logo, which has never been found.

CCTV footage from the day shows Deirdre walking on the right side of the screen near shop fronts.

She has a bag over her right shoulder and is wearing a dark T-shirt and trousers with white footwear.

Gardaí have received new information, which has led them to believe she was murdered either on the day she disappeared or in the days that followed.

The case has been reviewed in detail over the past year by gardaí from Kildare and from the Serious Crime Review Team.

Investigators are following a number of lines of inquiry and said progress is being made.

Last month, Deirdre’s family made an appeal for information, on the 20th anniversary of her disappearance.

Her parents, Michael and Bernadette Jacob, said they remained hopeful that somebody would come forward with information that would lead to progress in the investigation.

Speaking at Naas Garda Station this morning, Chief Superintendent Brian Sutton said Deirdre was "a young woman starting off her life, who had just completed one year at St Mary's University, Twickenham, London.

"Deirdre had enjoyed her life in London and was looking forward to returning to college that September when her life was taken away from her on or after 28 July 1998."

He appealed to anyone with information to come forward "particularly persons who have not come forward in the past", and contact Kildare Garda Station on 045 521222 or the Garda Confidential Line on 1800 666 111.

Chief Supt Sutton said the Jacob family were being kept informed of developments and he described the investigation as live and ongoing. 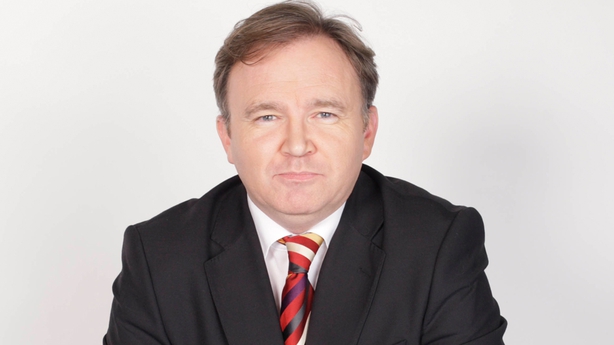 On the morning of 28 July 1998, Deirdre Jacob walked into Newbridge from her home, which took about 20 minutes.

She spoke to a number of people that afternoon and at around 2.20pm she went into the AIB and got a bank draft to send to the teacher training college in the UK that she was attending. She went into the post office and posted the bank draft.

She then started her walk back to her home. The last reported sighting of her was very close to her house on Barretstown Road but she never made it there.

Gardaí have not said what the new information about the case is but there is a definite line of inquiry, which has led the case to be now classified as a murder inquiry.

From this, you can assume investigators have gone over the case and are now combining original information with new details.

People have come forward over the years with new information, which has progressed the investigation and led gardaí to re-categorise this investigation.

In the past 12 months, there has been a full cold case review. Some 3,200 lines of inquiry have been conducted by gardaí and 2,500 witness statements have been taken over the past 20 years.

Kildare-based detectives and the Serious Crime Review Team have re-examined old statements and re-interviewed people - witnesses or "people of interest" as part of the current investigation.

The Jacob family still live in Newbridge. Deirdre’s father, Michael, said that the family knew the re-classification of the case was coming, but it was heart-wrenching and shattering to hear the hard, cold language of a murder investigation being used in relation to their daughter.

Gardaí do not upgrade an investigation on a whim. Something is happening that has brought them to go public and say that Deirdre Jacob was murdered.

The family hopes that they will get answers and getting Deirdre back is the most important thing for them.

There was no activity on her bank account, none of her clothes were ever found nor was the bag that she was carrying. From the start it was suspicious.

Although gardaí have new information, they are still appealing for witnesses to come forward. There is a determination by investigators to get to the bottom of the case for the Jacob family.