Following his comprehensive report on tonight’s Prime Time on the chilling disappearance 20 years ago of Deirdre Jacob, Barry Cummins reflects on this most troubling mystery, and the ongoing ordeal for Deirdre’s parents and sister. 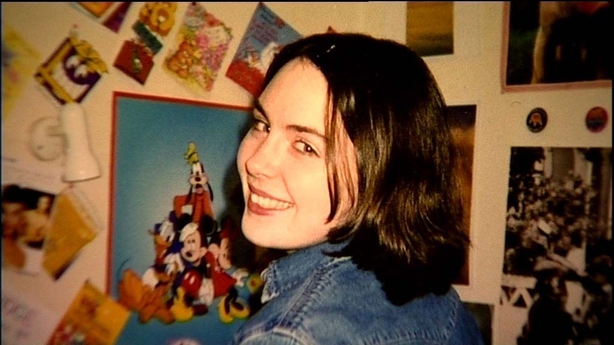 Every day the couple drive or walk out the same gateway where Deirdre was last seen just after three o’clock on a Tuesday afternoon.

Deirdre had walked the 25-minute journey from the centre of Newbridge back to her home at Roseberry. Home for the summer from her college course in London, Deirdre had run some errands and visited her grandmother in the town, and was just arriving at her gateway when she was last seen.

It was a passenger in a passing car who spotted Deirdre at her driveway, noticing Deirdre’s distinctive ‘Caterpillar’ bag.

As myself and producer Isabel Perceval researched tonight’s Prime Time report on Deirdre’s disappearance, I travelled with Deirdre’s father Michael on the last journey his daughter is known to have made – into the centre of Newbridge and back again.

Beginning the journey at Roseberry, and driving along the Barretstown road towards Newbridge town centre, Michael told me that no-one actually ever came forward to say they had seen Deirdre walking into town that Friday.

Deirdre knew all the area around Newbridge very well. She had been to primary and secondary school in the town.

On the day she disappeared Deirdre wanted to get a bank draft and post it to a friend in London to secure her accommodation for second year of college.

Michael told me how he still wonders if someone was watching Deirdre that day.

That summer there was a great feeling of excitement in Newbridge and throughout Co Kildare as the men’s senior football team blazed a trail all the way to the All-Ireland final. Deirdre had been to some of the earlier matches.

Despite having moved to study in London, Deirdre had been back to Newbridge a number of times during the year, including a work placement in a local school. That Friday afternoon she went to the AIB on Main Street, and got a bank draft which she then posted from the post office across the street. The last sighting of Deirdre on CCTV was as she passed by the Irish Permanent.

She called in to her grandmother again for a few moments and shortly after 2.30pm she began the walk out of town.

It’s not known if Deirdre walked all the way down Main Street and then turned left towards Newbridge College, or if she zig-zagged through some laneways and roads to get towards the college, but either way it’s thought she would have then taken a shortcut through the college, coming out the back college gate onto Barretstown Road.

From then, on the 10-12 minute walk towards her home, Deirdre was sighted by eight people, six of whom knew her.

A man cycled past Deirdre and recognised her. Then two people speaking on a footpath said hello as Deirdre passed by. Next, a man working on a roof recognised Deirdre walking by, and then at the Bog Cross, two people up a laneway saw Deirdre as she crossed the road to face oncoming traffic. She was now just a few minutes from home.

The distinctive bag Deirdre carried that day was never located. It remains a crucial part of the investigation.

Also on tonight’s Prime Time report, Deirdre’s mother Bernie and sister Ciara appeal to the public for help in solving the case and finding Deirdre. Ciara was 14 years old when her older sister disappeared.

In August 2018 detectives investigating the case reclassified the investigation as a murder case. Chief Supt. Brian Sutton tells the programme that a digital analysis of video footage from the day Deirdre disappeared is continuing and is an important element of establishing who was in Newbridge on the afternoon the 18-year-old disappeared.

Jury in Brady trial to resume deliberations on Monday

Remains discovered in Dublin are those of missing man, Stephen Corrigan