Fianna Fáil's spokesperson on arts and culture has said there is a sense of anger among artists in relation to pay and conditions, housing, childcare and medical care.

Addressing an Oireachtas committee following a presentation at Leinster House, Niamh Smyth said we are at risk of exporting creative people out of Ireland.

Theatre Forum, which represents workers in the creative industries, has carried out a study that found that on average, artists earn just two thirds of the national average wage.

The group is discussing the findings of its survey at the Oireachtas Joint Committee on Public Petitions.

Performer Liv O'Donoghue also addressed the committee, and said some artists are living in poverty and that it is becoming increasingly difficult to live with no security, no pensions and no means to plan for a future.

Writer Gary Deegan said the Irish Government spends 0.1% of GDP on the arts in comparison with 0.6% elsewhere in Europe.

He said central Government funding is far too low.

Minister for Culture, Heritage and the Gaeltacht Joespha Madigan has said that the survey highlights the challenges facing many of those working in the sector.

She also said that there is no simple solution.

In a statement, however, the minister said that the Government recognises the importance of arts and artists to our society, and that Budget 2019 saw an increase of €6.8m in funding to the Arts Council.

Ms Madigan said she looked forward to receiving a copy of the research, which will help inform future engagement with key stakeholders, including the Arts Council, as to how the issues raised can be further addressed.

The survey found that nearly three quarters of people working in the arts, entertainment and recreation sectors rely on other sources of income to make ends meet.

It was carried out between August and October last year, as artists and freelance creative practitioners tend to have more opportunities to work at that time.

The survey found that earnings in the sector were equivalent to an annual wage of under €23,000 per annum, around two thirds of the national average across all sectors.

The survey also found that many people working in the arts worked for flat fees regardless of the number of hours worked.

144 artists and 81 arts organisations were questioned for the survey.

The group also held an Artists Forum where practitioners spoke about the professional, social and economic implications of working in the arts.

It said issues included the absence of pension contributions, sick leave and parental leave and that working conditions had a knock-on effect on housing, health and family life.

The Director of Theatre Forum has said that resources in the arts are stretched too thinly across too large a group of people.

Speaking on RTÉ's Morning Ireland, Anna Walsh said no one expects to enter a sector where they will be paid less than the national minimum wage while also taking on "all the downsides of precarious work".

She added that funding applications are competitive and not enough to ensure that artists earn anything close to the national minimum wage.

Ms Walsh said she will be asking an Oireachtas committee to examine cultural policy to make sure it offers artists a fair deal. 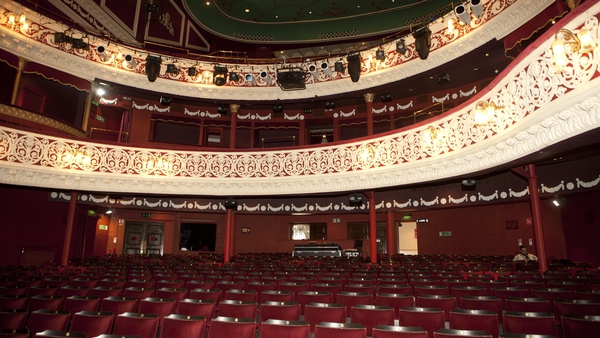