President-elect Michael D Higgins has referred to a reticence over many years in Ireland to recognise the human reality of World War I and those who fought and died in it.

He was speaking at a State commemoration to mark the 100th anniversary of the ending of the war at Glasnevin Cemetery this morning.

Over 47 countries were represented at the service, and officials laid wreaths at the Irish military plot, before The Last Post was played and the Irish flag returned to full mast.

Mr Higgins referred to a form of official amnesia that had left a blank space in our public memory, but said this had now changed as Irish people had discovered a greater insight. 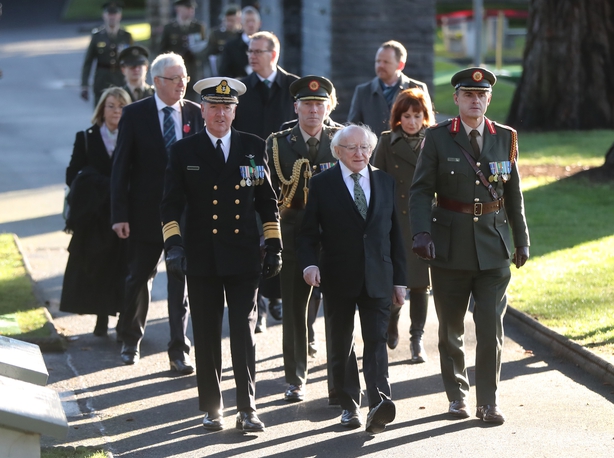 He said we now had greater understanding of the motivation of those who enlisted during the war effort and a better appreciation of the experience of war.

This applied not just to people in uniform, but to civilians also, Mr Higgins said.

Poetry from the Great War was read by the British, French and German ambassadors to Ireland, before prayer and a minute of silence.

Those present included current and former Defence Forces troops, former president Mary Robinson and family members of some of those who served in both World Wars.

During the ceremony, five Victoria Cross Commemorative plaques were unveiled, dedicated to five soldiers from different ranks who showed extreme bravery during the conflict between 1914 and 1918. More than 35,000 Irish men and women died during WWI, a war that had a final death toll of around ten million military personnel and six million civilians.

The Royal British Legion held an event at the War Memorial Gardens at Islandbridge in Dublin, and will be followed by a service later at St Patrick's Cathedral.

An evening event will also be held at the Grangegorman Military Cemetery from 3pm until 6pm.

Meanwhile Taoiseach Leo Varadkar, has said that he is "honoured and privileged" to represent Ireland at the centenary Armistice Day commemoration in Paris.

Speaking at the Irish Embassy in Paris, Mr Varadkar described WWI as "one of the most terrible events in the world's history".

He said the Great War serves as a stark reminder of "what can happen when politics goes wrong" and world leaders need to "make sure it does not happen again".

Mr Varadkar said the world should also remember some of "the good things" which developed after the war – "ideas like multilateralism for example; and the League of Nations, which is now the United Nations".

Asked what were the greatest threats to the world today, Mr Varadkar replied "climate change" and "the potential breakdown of a multilateral order".

He said "very sadly" we are witnessing "the rise of xenophobia and racism" in Europe today, and his generation of politicians need to be keenly aware of what happened in the past.

He said: "When those feelings and ideas and thoughts were unleashed it ended in World War, it ended in tens of millions of deaths. And we need to make sure that does not happen again." 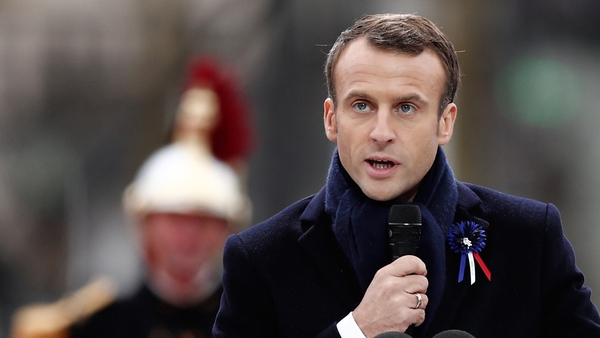